Recent reports suggest Australian universities are cash-strapped because government-mandated border closures due to the pandemic have contributed to a drop in foreign student numbers. Statistics confirm a marked reduction of students, especially those from China.

Although this reduction may be due to the impact of Australia’s COVID-19 restrictions—notably the cancellation of international flights—some Chinese students may also be reluctant to study in a country that is, at present, perceived to be hostile to China.

The recently agreed AUKUS agreement between the United States, the United Kingdom, and Australia may well have provided the Chinese leadership with evidence of this perceived hostility. Also, the Australian higher education sector has adopted a set of guidelines to help counter foreign interference in the tertiary sector. However, there is a perception that these guidelines are directed towards unwanted Chinese interference in universities.

So, how is it possible for universities to still reel in profits in what appears to be a declining market?

A cursory review of study units reveals that, for example, at the University of Sydney, many units are taken by Chinese students.

It is not unusual that in a unit with approximately 70 students—the number of students can change; however, until the start date of lectures—around 60 students have Chinese names.

Of course, many Chinese Australians do live in Sydney, but certainly not to the extent that can explain the high number of students of Chinese extraction in these university units.

This is a relevant statistic because in my experience—during pre-pandemic times—approximately 20 percent of students would have been Chinese. Thus, how is it possible that despite there being an overall decrease in the number of Chinese students studying in Australia, we still saw an increase in their enrolment in specific university units?

The answer is often as simple as it is straightforward. The answer is Zoom, of course. Zoom enables all students, no matter where they are, to enrol in a course. It may be correct to assume that many of the university’s overseas students are comfortably sitting in their lounge rooms or offices in China (or elsewhere) to listen to—some even participating in—zoomed lectures and seminars.

This assumption, if correct, enables educational observers to draw a few conclusions.

First, as Zoom enables students to study from anywhere, the number of enrolled Chinese students will not noticeably decrease, and, thus, universities will be able to maintain their projected income.

Second, it also explains why Chinese students (or international students, in general) are now in the majority in some popular units and courses.

Third, the present Zoom culture ironically defeats the universities’ interest in detecting foreign influence on their campuses. This is because it is presumably much harder to ascertain foreign influence when overseas students are not physically on campus.

Fourth, the Zoom phenomenon also impacts academic free speech. Indeed, self-censorship among the teaching staff is rife because, when not being able to see all members of a class when using Zoom, academics will instinctively desist from criticising human rights violations, especially by the Chinese Communist Party (CCP).

This becomes a relevant consideration in a course on trade law which may deal, among other things, with the trading relationship between China and Australia.

China was admitted to the World Trade Organisation (WTO) on Dec. 11, 2001. Prior to China’s admission, some countries would not extend the most favoured nation treaty status to China on the grounds of its demonstrable poor human rights record.

This status, based on Article 1 of the General Agreement on Tariffs and Trade (GATT), would have made tariff reductions agreed to by member states of the WTO available to China.

The countries that denied China of its most favoured nation status thus used trade law, policy, or regulations for the purposes of achieving a non-trade related objective, specifically an improvement in the human right rights record of China.

These countries would point to the Tiananmen Square massacre, organ harvesting of Falun Gong victims, the oppression of the Uyghurs in Xinjiang, attacks on freedom of religion, and the recent mysterious disappearances of billionaires because of the perceived threat they present to CCP rule—and the list goes on.

The only real winner in this sordid saga is Zoom, an American corporation that has stormed the world with its communications platform during the last two years.

All this explains that universities are not likely to give up Zooming even after the pandemic is over and students begin returning to campus—probably as early as December of 2021.

A Zoom class is cheaper to run than a face-to-face class because lecture rooms need not be made available. However, the real loser is the educational quality that surely requires face-to-face instruction to enhance the critical thinking and speaking skills of students and to hone the aptitude of students to develop logical arguments, as well as to learn tolerance.

Views expressed in this article are the opinions of the author and do not necessarily reflect the views of The Epoch Times. 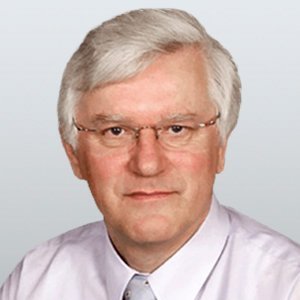 Professor Gabriël A. Moens AM is an emeritus professor of law at The University of Queensland, and served as pro vice-chancellor, dean, and professor of law at Murdoch University. He has published a novel about the origins of the COVID-19 disease, “A Twisted Choice,” and recently published a short story, “The Greedy Prospector,” in an Anthology of short stories, “The Outback” (Boolarong Press, 2021).