U.S. Treasury securities could be losing their luster as a conventional safe-haven asset, says a new report by the Institute of International Finance (IIF).

According to the Washington-based trade association for the global financial services industry, the United States had been one of the few nations to witness an outflow of foreign investment in governments bond in 2020. Greece and Italy were the other countries to experience overseas funds fleeing their debt instruments.

International investors were looking to Germany and Japan to seek shelter when storm clouds formed in the global financial markets at the height of the COVID-19 public health crisis.

When equities and other risky assets endure chaos, traders usually head to the $22 trillion Treasury bond market, sending yields lower. However, during the COVID-induced market meltdown in March 2020, the benchmark 10-year yield rallied.

“For a few scary days in early March 2020—at the height of the first COVID wave—U.S. Treasuries stopped trading like a safe haven asset, with 10-year yield shooting up as the S&P 500 was tumbling,” the September 2021 report stated. “In subsequent weeks, it took $1.5 trillion in emergency quantitative easing (QE) by the Fed to stabilize the market, in what has now been written off as a market ‘plumbing’ episode.”

IIF study authors noted that emerging market central banks maintaining reserves in dollars may have needed to redeem some of these holdings at the height of the financial crisis. But they also think it is worth exploring if there is “a reassessment of the safe-haven character” of American bonds.

Are America’s Finances Being Scrutinized?

IIF analysts purported that investors are becoming increasingly concerned about the unsustainable fiscal situation unfolding in the United States.

Although the federal government averted a default by temporarily extending the country’s borrowing limit until December, the state of Uncle Sam’s long-term finances could enable a more cautious approach to acquiring Treasuries. President Joe Biden has proposed trillions of dollars in new spending over the next ten years, and many left- and conservative-leaning think tanks question if the White House can generate enough revenue to cover the exorbitant price tag of these proposals.

When political gamesmanship is added to the equation, some analysts warn that greater volatility could seep into the bond market in the coming months.

With the U.S. central bank poised to trim its $120-billion-a-month bond-buying program sometime this year, some industry observers worry that the Fed’s pullback could trigger instability in a segment of the financial market famous for its liquidity.

“This is not a market that is ready for the kind of environment that we’re in where shocks are frequent,” Edward Al-Hussainy, an analyst at Columbia Threadneedle Investments, told the Financial Times. “We’re seeing events that are supposed to be rare occurring with unsettling frequency.”

However, a separate study conducted by analysts at Société Générale learned that foreign investors are hungry for U.S. government debt. According to the report, overseas demand has manufactured a more supportive environment for bonds, potentially offsetting the Fed’s retreat over the next several months.

Demand has been the strongest in China, Japan, and the United Kingdom, the three largest foreign holders of U.S. debt. According to U.S. Treasury data, these countries increased their month-over-month and year-over-year holdings.

The 10-year Treasury note also enjoys the highest yield of any benchmark among G10 countries, with a yield of about 1.6 percent.

Many market strategists had written off the greenback at the start of 2021. But the greenback has been one of the top-performing currencies in global markets this year, even as the leading stock market indexes have posted multiple record highs. The U.S. Dollar Index (DXY), which measures the buck against a basket of currencies, has surged close to five percent year-to-date. The world’s leading international reserve currency has been lifted by many factors, including the bond yield surge and investors finding refuge from uncertainty amid the delta variant and borrowing limit debate.

Experts contend that concerns about growth and soaring energy prices could sustain the dollar’s ascent heading into 2022.

“One theme that seems to be gaining traction is that the market lies on the cusp of reassessing the path for the Fed tightening cycle,” ING strategists wrote in a note to clients. “A big move higher in the short-end is the key reason why we are bullish on the dollar, particularly from 2Q next year, but we will closely monitor and reassess whether that move needs to come earlier—largely a function of timing the take-off in short-end rates.”

A New Class of Safe-Haven Assets?

Are German bunds and Japanese government bonds (JGBs) the new safe-haven assets in the international bond market? Despite their subzero yields, foreign inflows have been rising.

This past summer, global funds bought a near-record $37 billion in JGBs. Investors were also scrambling to purchase Germany’s new 30-year green bonds. But will negative-yielding debt attract enough investors to oust U.S. Treasuries from their throne?

It may all depend on what Fed Chair Jerome Powell and the Federal Open Market Committee (FOMC) decide at the next policy meetings. 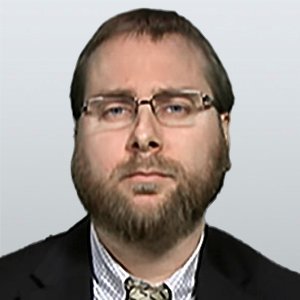 Andrew Moran covers business, economics, and finance. He has been a writer and reporter for more than a decade in Toronto, with bylines on Liberty Nation, Digital Journal, and Career Addict. He is also the author of “The War on Cash.”