One of the lawyers on a lawsuit alleging election fraud in Delaware County, Pennsylvania, during the 2020 U.S. Presidential Election cycle says the case is progressing forward, as a court recently assigned a judge to the case.

Stefanie Lambert told The Epoch Times on Tuesday that the lawsuit, alleging election fraud and evidence destruction, is progressing forward as Judge John Whelan from the Delaware Court of Common Pleas was assigned to the case last week. Lambert is one of the two attornies representing the plaintiffs of the case.

“Defendants intentionally and fraudulently conspired to and did destroy, delete, secrete, and hide November 3, 2020, election data, materials, and equipment to prevent discovery of election fraud and election law violations in Delaware County, which the Defendants also conspired to commit and did commit while carrying out the November 3, 2020 election,” the lawsuit stated.

Lambert called the lawsuit the “steal-and-conceal” case, which alleges that the defendants conspired to cheat by fabricating election data in the 2020 election and destroyed relevant evidence afterward.

Pennsylvania is one of the states in which Biden’s win was contested during the 2020 election cycle. High-profile lawsuits—including Texas v. Pennsylvania, which was dismissed by the Supreme Court for lack of standing—alleged widespread election fraud in favor of then-candidate Joe Biden in Pennsylvania.

The lawsuit was launched by Ruth Moton, who ran as a Republican for the state’s House in the 2020 election race, and Pennsylvania residents Leah Hoopes and Gregory Stenstrom.

Hoopes and Strenstrom provided testimony, along with former New York City Mayor Rudy Guiliani, during the November 2020 Gettysburg election fraud hearing held by the Pennsylvania Senate Majority Policy Committee. Stenstrom was a Republican poll watcher in Delaware County during the 2020 election and wrote about several violations of the Election Code that he observed.

The accused include former Pennsylvania Secretary of State Kathy Boockvar, former official United Steelworkers union and 2020 election voting machine warehouse supervisor James Savage, and others who were involved in the Delaware County elections administration during the 2020 election.

Ballard Spahr, the law firm representing the accused, represented Biden’s 2020 campaign in Pennsylvania and Arizona during the election fraud lawsuits in late 2020, according to the lawsuit. The law firm also sought to prosecute Cyber Ninjas during the 2021 Arizona election audit.

According to Lambert, the lawsuit alleges that the defendants have conspired to commit—and did commit—election fraud in the 2020 election.

One of the key pieces of evidence to prove this, according to Lambert, was revealed by a Right-to-Know filing in May 2021 requesting access to records, called election return sheets, from each of the 428 precincts in Pennsylvania, per the Right to Know Law in Pennsylvania.

According to the plaintiffs, Howard’s Right-to-Know request revealed how Delaware had certified the 2020 election on Nov. 24, 2020—three weeks after election day—even though more than half of the precincts were missing the necessary information to determine accurate election results at the time.

“We have evidence on every defendant, the conspiracy, all the fraud was committed in the election, the cover-up,” Lambert said.

Delaware County was the last county in Pennsylvania to submit its vote count. Before Delaware County submitted its vote totals, Trump was leading by 7,515 votes, according to the lawsuits. Delaware’s votes included 87,527 mail-in votes in favor of Biden and 20,402 for Trump. Pennsylvania certified the 2020 election with Biden winning by 80,555 votes.

The prosecution additionally alleges that the defendants spoiled evidence, including ballots, voting records, and hard drives, after receiving the Right-to-Know request.

“Moreover, when a May 21, 2021 Right to Know (RTK) request for election information and data was made with respect to information that is to be kept and preserved under state and federal law, the Defendants fraudulently and intentionally deleted, changed, adulterated, manipulated, and/or obscured the information, data, and materials produced in response to the RTK request in order to hide their fraud and election code violations,” the lawsuit alleges.

The lawsuit presents numerous data that allegedly show evidence of a conspiracy to destroy election data.

The evidence presented includes videos featuring Delaware County employees—Thomas Gallagher, Jim Savage, and James Ziegelhoffer—who were discussing means to destroy 2020 election data in a video recorded by a whistleblower who worked alongside them.

“At this point, I don’t want anybody to pick it up, and thinking we threw stuff away,” Gallagher appears to say in the video.

“We’re going to have a little campfire going,” Ziegelhoffer replies.

“We can’t talk about it anymore,” said another defendant, Jim Savage, in another video in which the employees were allegedly talking about destroying voting hardware. “It’s a felony.”

“They knew that they could not reconcile the previously fraudulently reported November 3, 2020 election results with the actual responsive information that they had in their possession,” the lawsuit reads, “and which they were required to preserve and produce in response to the Right to Know request, as well as in compliance with state and federal law.”

The plaintiffs of the lawsuit are seeking a protective court order enjoining the defendants from further destroying or altering any voting or election-related data, as well as allowing the plaintiffs to have access to all voting-related hardware and software in the 2020 election.

Despite the narrative propagated by mainstream media that most election fraud cases do not have standing, Lambert said that she is confident her team’s case has strong standing, as one of the plaintiffs was a candidate on the ballot during the 2020 election.

Should the court decide that the case can proceed, the court can order the defendants to hand over any relevant data relating to the election fraud accusations during the discovery phase, which they can use during the trial, Lambert told The Epoch Times. 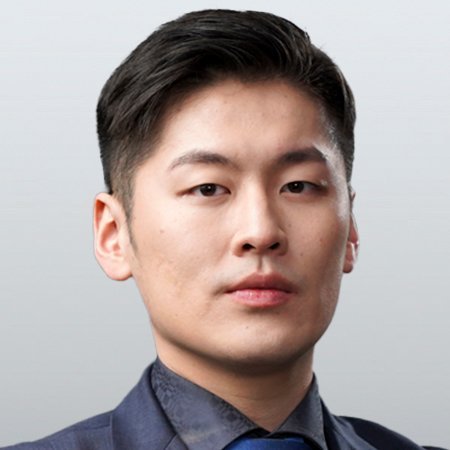