Candidate Adam Frisch hasn’t paid pollsters to assess how he might finish in his Democratic primary in Colorado on June 28.

His approach to gauge his chances to be the Democratic nominee in the election for the 3rd Congressional District involves a bit less reliance on big data. There’s still some number-crunching, though.

Prognostication starts as he pulls over in an unfamiliar town, snatches a folding table out of his tow-behind camper, and creates a pop-up mini-office, where he can chat with voters.

So far that day, the numbers looked promising.

“We have 29 thumbs-ups, and nine … let me just say … reactions that I don’t think you should print in a PG newspaper.”

On the same day, incumbent Rep. Lauren Boebert (R-Colo.) will square off against Colorado state senator Don Coram in the Republican primary. Boebert, who’s finishing her first term, is known for her passion in standing up for the Second Amendment, support for former President Donald Trump, and her sassy opposition to almost all the policies of President Joe Biden and the Democratic Party.

The winners of Tuesday’s primary races will advance to the general election on Nov. 8.

Kristin Skowronski, an Independent, will join them on the ballot. The district’s 722,000 voters also may write in the name of Marina Zimmerman, a Republican.

On June 8, the five candidates in the primary contests highlighted their platforms during a 90-minute virtual debate sponsored by the nonpartisan League of Women Voters.

Throughout the debate, the four challengers lobbed verbal grenades at Boebert, who flashed a confident smile and fired back in trademark machine-gun tempo with facts about her record.

Her district in the U.S. House of Representatives sprawls across 49,000 square miles, about half of Colorado’s geography, in the shape of a boot. The top of the district encompasses the west side of the Rocky Mountains, known to Coloradans as the “Western Slope,” the terrain on the Pacific side of the Continental Divide. In the southern part of the district, the toe of the boot pokes into the southeastern plains, part of what locals call the “Front Range.”

Boebert has spent much of her first term sparring with Democrats and voting against their policy initiatives.

She has outlined her “pro-freedom, pro-guns, and pro-Constitution” goals in a Contract with Colorado on her campaign website. This month, she introduced a bill to re-label the synthetic opioid fentanyl as a weapon of mass destruction.

Her opponents say her flashy style—such as posing in a dress emblazoned with “Let’s Go Brandon” across her posterior while standing with Trump—is an embarrassment.

She has raised almost $4.96 million, and still had about $2 million in her campaign account, as of June 8, according to OpenSecrets, a nonprofit organization that tracks political contributions.

Coram has raised almost $229,000 and spent about half of that in the same time period.

Though the general election is more than four months away, Boebert is considered the likely winner by multiple analysts who track Congressional races.

But political surprises have occurred recently, including the elimination of popular Trump-backed Rep. Madison Cawthorn (R-NC) in his primary this May.

“We should have all learned by now to be open-minded about election outcomes,” warned analyst Nathan Gonzales, editor and publisher of Inside Elections. The site predicts that Republicans are “well-positioned to win the majority” in the U.S. House of Representatives in November.

“But we should also remember that it is difficult and rare to defeat an incumbent in a primary,” Gonzales said. “We remember the high-profile cases, such as Madison Cawthorn’s loss or Alexandria Ocasio-Cortez’s win, but the vast majority of incumbents are renominated.”

Of Colorado’s more than 3.73 million voters, almost 46 percent are unaffiliated with any party. So they are the most populous and influential group of voters in the state.

Moreover, they’re allowed to vote in whichever primary they choose. Their whims easily could sneak up on any candidate and swing an election’s outcome in an unexpected direction.

Turnout in the state often is unusually high, even when a presidential race isn’t on the ballot, a time when much of the country experiences sluggish voting, especially among Democrats.

In the November 2021 election, about 98 percent of voters in the state returned ballots, according to the Colorado Secretary of State’s Office.

In Colorado, all Democrats and Republicans receive ballots in the mail for their party’s primaries. Unaffiliated voters receive a ballot for both party’s primaries, but are allowed to mail back just one. If it’s discovered that both ballots have been returned, both are disqualified, according to Colorado election law.

With five days left to vote, 579,217 ballots had been returned to the Secretary of State’s Office—that’s down dramatically from the same point in the 2020 primary, but only slightly lower than the numbers returned at the same point four years ago.

Across the nation, voters are getting craftier and more strategic in their voting. A current trend is for voters to “cross over” and strategically vote in the primary of the party they don’t prefer. It can be a coordinated effort to try to eliminate the candidate presumed to be the biggest threat to their preferred party’s strongest candidate.

Early voting patterns in Colorado suggest some crossover voting is occurring. But it’s probably not enough to hurt Boebert’s chances of making it past the primary.

“She’s become a lightning rod for Democrats, which actually helps her with base Republican voters,” Gonzales said. “And unlike Cawthorn, Boebert isn’t solely focused on being provocative, but she’s actually tried to tout legislation and work she’s done for the district. Her controversies have been about style and ideology, rather than the personal issues that plagued Cawthorn and caused his GOP colleagues to ostracize him.

“Facing a state legislator is usually a serious proposition, but I’d be surprised if Boebert loses the primary.”

Boebert’s Republican challenger, Coram, is a rancher, who’s served in the state’s legislature since 2011. In the debate, Coram blasted Boebert, saying he decided to run because, “I’m a success-oriented guy, and I started looking at all the successes that the current Congresswoman has, and I couldn’t find them.”

He chided her for listing legislation she has introduced as accomplishments.

“The key here is passing,” Coram said. “If you’re going to do this, you’ve got to get it passed. And you got to do that through civility, negotiations, and knowing what you’re talking about.”

He added, “I know how to get it done. Cowboy logic rules.”

Boebert remained cheerfully unflappable, saying, “My legislative record clearly demonstrates I’m a fighter for our public lands, our water, good-paying jobs, while supporting our veterans, senior citizens, job creators, and our children. I’ve fought for American energy, health care, roads, and public safety. I’ve delivered results for our district while calling out the Left for their insane policies.”

Proudly pro-life, Boebert said that all her opponents in the race “support liberal policies that are failing the country, failing our district, and failing our families.”

“I refuse to allow my four boys to grow up in a socialist nation,” she said. “So I get up every day and work as hard as I can to help get our country back on track.

Who Can Beat Boebert?

Frisch poked at Boebert for her “antics” and said he is “the only candidate here who can beat Rep. Boebert in the fall.”

As the son and the brother of obstetricians, he said he believes abortions should be “safe, legal and rare.” When it comes to immigration, he said he supports policies to bring “new people into this country with the respect and dignity they deserve.”

Frisch has raised more than any other challenger, bringing in almost $1.05 million in donations and spending about $420,000 on his campaign.

Sandoval, the daughter of naturalized Mexican immigrants, has raised almost $899,000 and spent all but $30,000. An advocate for “health equity” and a former social worker, she’s also committed to “protecting public lands, holding polluters accountable and investing in a just transition to clean, renewable energy” if “we hope to stop climate change before it’s too late.”

She said she’s a lifelong Democrat, running because people should be able to “retire with dignity, because we shouldn’t have to work until our last breath.”

She added, “My rights and our daughters’ rights are on the line. We must elect someone who is going to fight like hell for all people. I’m running because no one is coming to save us. We have to save ourselves. Join me in saying ‘Adios’ to Lauren Boebert.”

Walker, a mechanical engineer, has raised $249,000 and has spent all but about $24,000. On his Facebook page, he calls Boebert a “QAnon dumpster fire.” He admits in posts on June 23 that he “was a lazy voter & disengaged citizen before considering a run for Congress” against her, and “avoided news like the plague & thought my vote didn’t matter.” He also wrote that “nothing has ever brought me more joy than tearing Congresswoman Lauren Boebert apart in this debate.”

He derided her repeatedly in his debate responses. He concluded, saying, “It’s time to push back on extremism from all sides. As a young, gay man, I’m fighting for my life and rights. But this isn’t about me. It’s about hundreds of thousands of families who suffer under extremist leadership.”

He added, “We need to start voting for a new generation of common-sense change-makers, who don’t subscribe to blind party fealty.”

Relatively little outside money has been spent in support of or against candidates in the race, according to OpenSecrets. In total, $380,957 was spent by political action committees in support of Boebert, and $59,500 was spent by groups backing Coram.

To work against Boebert, political action committees spent $117,511; nothing was spent on opposing Coram.

Paying at the pump was how Frisch spent money to spread his message. After converting his family’s 19-foot camper, he set out on his Beat Boebert Buggy Tour. A fresh red-white-and-blue wrap on his rig proclaims his goal of “driving her out of office.”

Already, he’d logged more than 7,000 miles visiting the district’s largest towns, including Pueblo, with its more than 110,000 residents. He stopped in small towns, too, including Dinosaur, the place 240 folks call home.

On Election Day, he’ll wrap up a one-week 1,800-mile trek. That final push to meet voters before the primary will bring him to libraries, schools, and firehouses in 56 communities.

While he objects to Boebert’s brand of brash confrontations with Democrats, he’s critical of Democrats, too, saying they’ve done “a really poor job of looking after rural America.” 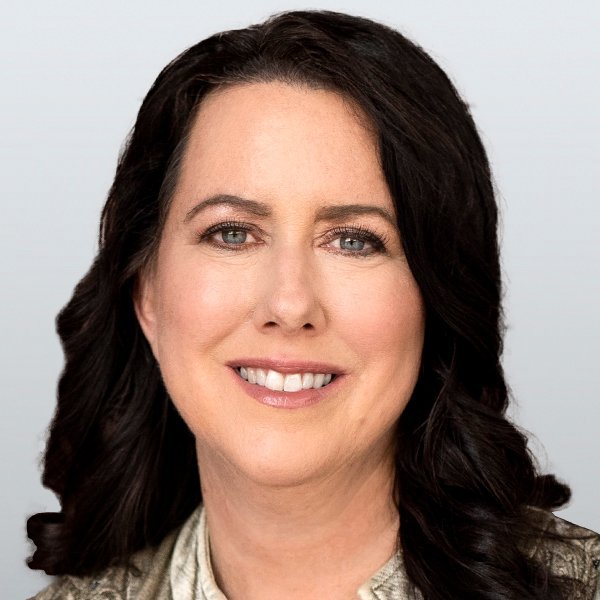 Nanette covers a wide range of issues, mostly in Georgia and her home state of Florida. She started as a journalist in a competitive, daily-newspaper market, and later launched a community newspaper in a geographic area ignored by other media. She spent many years writing and editing for a variety of national and international magazines, and has been hired to coach best-selling authors for book publishers. When she’s not chasing news, Nanette enjoys cattle ranch life with her husband, three children, and far too many horses, goats, cats, and dogs.