The final stimulus checks in California are currently being sent out. Distributing the money started in October when it was sent via direct deposit. The program is called the Middle Class Tax Refunds (MCTR), and recipients will receive between $200 and $1,050.

The reason for the California state stimulus checks is to help residents cope with high inflation occurring across the nation. It is a one-time payment, and they should all be made between October 2022 and January 2023, says the California Franchise Tax Board (FTB)—the agency responsible for distributing the money.

People that have not yet received their California stimulus check can expect to receive a debit card in the mail. Most everyone expecting money should have already received it. Only some debit cards remain to be mailed, but most have already been sent.

How Much to Expect

The amount of the California economic stimulus checks for inflation relief will vary based on the situation and income. Single taxpayers making less than $75,000 and couples filing jointly earning less than $150,000 a year will receive $350 each.

If there are dependent children, CBSNews says, an additional $350 will be added per child—up to two children. The result is that a couple with two children earning less than $100,000 would get a check for $1,050.

Direct deposit payments for the MCTR started in early October and were sent to those who received the Golden State Stimulus (GSS) checks by mail. Others that did not receive a GSS check have also received their MCTR direct deposit by Nov. 14.

If you did not receive a direct deposit of the MCTR yet, you will likely get it in the form of a debit card in the mail. Debit cards started being mailed out on October 24, 2022, but will not be completed until January 14, 2023.

People that did not qualify for the GSS checks will receive their debit cards after Dec. 5, 2022, through the end of the month. Others who have changed their banking information will have their cards sent out last—sometime between Dec. 17, 2022, and Jan. 14, 2023.

Qualifications for the MCTR

Qualifying for the MCTR is simple enough. You just had to have been a California resident in 2020 for more than half a year, and on the date the payment is sent to you. You also must have filed your 2020 taxes by Oct. 15, 2021. Also, you cannot be claimed as a dependent and not have a California adjusted gross income of more than $75,000.

What to Do If Stimulus Payment Not Received

There may be several reasons why you have not received a stimulus check yet. ABC10 says that some reasons could include not qualifying for the stimulus payment, a change of address, or a change of bank.

When to Expect Your Stimulus Payment

Californians that qualify should already have received their stimulus check. Those who will be getting a debit card should have it mailed by the end of the year—but it may take up to two weeks to have it delivered.

Other States Also Have Stimulus Payments

California is not the only state that is trying to help its residents. Other states have found different ways to help people cope with the high inflation rates, but in most places, the help ends in December.

Forbes mentions that 19 states have offered some kind of stimulus payment to help those in need. The state offering the biggest refund is Alaska, where they are giving up to $3,284 and an additional $650 as an energy relief payment.

One state—Minnesota—limited sending out stimulus payments to front-line workers. They needed to have worked a minimum of 120 hours between Mar. 15, 2020 and June 30, 2021 to receive the payment.

Rhode Island paid $250 per child as a rebate. Residents could claim up to three children.

Several other states started making incentive proposals, but nothing has been determined yet. Most likely, a final decision probably will not be made before the end of the year.

The state accepting the latest tax return to determine stimulus check eligibility is South Carolina. This state, according to Kiplinger, is giving residents with a tax liability up to Feb. 15, 2023, to file a South Carolina income tax return for 2021. People that file their return after Oct. 17 will have their rebate payment (up to $800) sent before Mar. 31, 2023.

Although everyone would like to know exactly when they will receive their stimulus payment, there is no way to do it. KTLA says there is currently no way to track it, but FTB.CA.gov can give you a good idea when to expect it.

The Epoch Times Copyright © 2022 The views and opinions expressed are those of the authors. They are meant for general informational purposes only and should not be construed or interpreted as a recommendation or solicitation. The Epoch Times does not provide investment, tax, legal, financial planning, estate planning, or any other personal finance advice. The Epoch Times holds no liability for the accuracy or timeliness of the information provided. 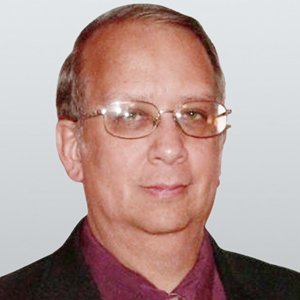 Mike Valles has been a freelance writer for many years and focuses on personal finance articles. He writes articles and blog posts for companies and lenders of all sizes and seeks to provide quality information that is up-to-date and easy to understand.