Democrats continue to say that “democracy is in danger” if voters don’t give liberals the majority in November, but violence by the left has defined the summer politically so far, conservative observers have told the Epoch Times.

As Democrats continue to use the Jan. 6 Committee hearings over the summer to make a special case that somehow conservatives pose a danger to the country, the violence from the left has been ongoing, one victim told the Epoch Times.

The issues affronting progressives are numerous, including the reversal of Roe v. Wade, non-action on a climate change scheme, and the lack of momentum of progressive policies under President Joe Biden, which stand out as sources of anger and mounting frustration for leftist activists.

In June, a pro-life pregnancy center in Buffalo, New York, was burned out, allegedly by the radical leftwing, pro-abortion, militant group Jane’s Revenge, said the health pregnancy center called CompassCare, which helps women keep their babies rather than abort them.

“We actually saw the type of [violent] Jane’s Revenge activity happening around our Buffalo location that they were fomenting with their followers” prior to the firebombing of the clinic Rev. James Harden, CEO of CompassCare, told the Epoch Times.

“So we reported it to local law enforcement as well as the FBI two weeks in advance of the firebombing,” added Harden, who said Molotov cocktails were used to set the blaze to the CompassCare clinic.

The Jane’s group said that they were also responsible for attacks on pro-family clinics in Dearborn, Michigan, Asheville, North Carolina, and more than a dozen other sites around the country in response to the Supreme Court’s repeal of Roe v. Wade.

So far, no arrests have been made in connection with any of the acts claimed by Jane’s Revenge manifesto, although the Catholic News Agency has reported that some youths have been arrested in acts of vandalism not associated with Jane’s Revenge.

Jason Rantz, a conservative talk show host in Seattle, told The Epoch Times that several churches and pro-life crisis pregnancy centers have been attacked in Washington state as well, with no arrests other than one that doesn’t seem to be connected to the abortion issue.

Like CompassCare’s Harden, Rantz makes no bones about pointing the finger for the violence at some progressive politicians, but not all.

“We had a story that I broke several weeks ago where a Democrat state Senator up for reelection … she produced a video that was celebrating the vandalism” against a pro-life billboard in Gorst, Washington.

“They don’t really hide their intent to promote this kind of violent response when they don’t get their way politically,” said Rantz.

Seattle was the scene of some of the worst violence during the Black Lives Matter protest and riots of the summer of 2020, with sections of the downtown area made unhabitable and unpoliceable for over a month.

While stopping short of calling the 2020 riots a dress rehearsal for today’s more targeted and politically-motivated violence, Rantz does think the violence in 2020 and today are connected in that Democrats think they are best served by allowing the violence to continue.

“I also think that as with the case in 2020, that a lot of the Democrats thought that they would benefit politically from the violence so they don’t want to get too involved” in calling for more rational means of political opposition.

The Buffalo center of CompassCare was burned out just days after a California man was arrested near the house of Supreme Court Justice Brett Kavanaugh in an alleged aborted effort to kill the conservative jurist.

Nicholas John Roske was arrested with a black tactical chest rig, and a tactical knife, along with a Glock 17, clips, ammunitions, and zip ties, according to the probable cause statement filed with the court.

The FBI said that Roske traveled cross-country in what they are now saying was an attempt to kill as many as three Supreme Court Justices.

Roske, 26, said that he was upset over the Supreme Court decision that reversed Roe v. Wade which returned the question of abortion back to individual states.

Roske also expressed concern that upcoming decisions by the nation’s highest court would tend to favor conservative views on the Constitution, said an FBI warrant obtained by Fox News.

According to talk show host Rantz, Democrats have become obsessed with the idea that merely having differing views on political issues of the day than the Democrats do somehow threatens the fabric of democracy.

That message was conveyed by Rep. Jennifer Wexton (D-Va.), whose re-election campaign sent a handwritten postcard to at least one constituent warning that “Democracy is at stake this election day. Republicans are the problem.”

The postcard, obtained by the Epoch Times, appeared to have no identification, such as a signature, but just referred to the need to re-elect Wexton or democracy will be in danger. The flip side of the postcard was marked as having been sent by “Jennifer Wexton for Congress.”

Wexton is being opposed by GOP nominee and Vietnamese refugee, Hung Cao.

Cao, a retired special forces operator who left the Navy as a captain—one rank below the flag rank of admiral—took umbrage at the apparent suggestion by Wexton’s campaign that he would endanger democracy.

“Jennifer Wexton should immediately apologize for her campaign’s claims,” said a Cao campaign spokesman in a statement to The Epoch Times.

“Hung Cao has fought for our country honorably for 25 years. He’s put his life on the line for his fellow Americans to protect our constitution. Wexton ought to be ashamed of her campaign slandering an immigrant to this country who wore our uniform in combat,” added the campaign.

The Capitol Police stepped up security for this year’s Congressional Charity baseball game, citing threats by leftist climate activists who have threatened to disrupt the game if climate bills aren’t passed by Congress, or at least are on the verge of passing.

“The real violence being committed at this baseball game is by Congress, by Manchin, by his Republican allies and by everybody in Congress who’s failing to take action on climate change, therefore consigning millions of people to die and millions more livelihoods to be destroyed,” said Dan Sherrell, an organizer for the protest at the baseball game.

The threats came years after the game was targeted by a left-wing gunman in 2017, who opened fire on a practice field for the Congressional baseball game, critically wounding then-House Majority Whip Steve Scalise and three others before being killed by Capitol Police.

The 66-year-old former construction worker and Bernie Sanders supporter, James T. Hodgkinson, attempted to kill Scalise and others because he “hated Republicans,” according to a report by the Los Angeles Times.

A pre-print of a study published in July, which has yet to be peer-reviewed, found that “[s]ubstantial minorities of the [US] population endorse violence, including lethal violence, to obtain political objectives,” with nearly 8 million people in the United States at least “somewhat willing” to kill others to advance their political goals.

Yet the paper also found that the largest minority of people who feel political violence is justified are those who find race-based violence justifiable.

With the contemporary expansion of the meaning of words like “discrimination,” to encompass concepts such as “microaggressions,” it’s much easier to see how violence is becoming more commonplace in a future that appears bleak, observers say, even as progressive seek to further expand definitions to widen their dispute on conservatives.

“When you have Joe Biden, two weeks ago, asking Merrick Garland to investigate crisis pregnancy centers for fraud, it’s an all-out war on these pregnancy centers,” said Harden, who points out that they provide their services for free so fraud would be impossible—unless you redefine the meaning of the word fraud.

Harden was referring to a provision in a July 8 executive order “to protect people seeking reproductive health services from fraudulent schemes or deceptive practices.” Biden has appointed Associate Attorney General Vanita Gupta to head up the Department of Justice’s task force on abortion. Gupta has been accused in the past of calling crisis pregnancy centers like the one Harden runs “fake clinics,” raising worries that the DOJ will try to shut down pro-life clinics under an expanded definition of fraud.

The Epoch Times has reached out to the White House and Hochul, James, and Wextons’ offices for comment. 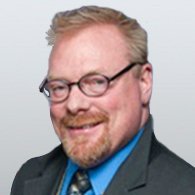 John Ransom is a freelance reporter covering U.S. news for The Epoch Times with offices in Washington, D.C., and Asia.