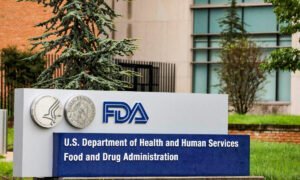 The U.S. Food and Drug Administration advisory panel voted against the approval of Acadia Pharmaceutical’s drug for hallucinations and delusions associated with Alzheimer’s disease psychosis on Friday.

The advisory voted 3 to 9 with no abstention after eight hours of discussion. The panel concluded that the studies were not enough to support the efficacy of Acadia Pharmaceutical’s pimavanserin (trading as Nuplazid), against Alzheimer’s disease psychosis (ADP).

The FDA is not bound by its advisory committee’s recommendations, though it often follows the panel’s advice in decisions for drug applications.

Among the experts that voted “yes,” the general rationale revolved around the drug already being seen as effective and safe in the Parkinson’s psychosis population and the unmet need for the drug for patients affected by psychosis from Alzheimer’s disease.

The consensus of the “no” voters was that while they recognized the unmet need for an ADP antipsychotic, the two drug trials were small and did not have strong demonstrated evidence of efficacy. They also wanted a longer study with a broader demographic diversity for patients in the trial.

Dr. Dean Follman, chief of the Biostatistics Research Branch in the National Institute of Allergy and Infectious Diseases, voted “no.”

He said, “in terms of further evidence, I would like to see a randomized trial in ADP (Alzheimer’s disease psychosis).” He indicated he had never seen the type of trial the company conducted, and he felt a better-designed trial would be helpful.

Acadia Pharmaceuticals expressed that they are “disappointed” with the outcome of the vote, according to Steve Davis, the company’s CEO.

“We continue to believe there is substantial evidence across multiple independent clinical studies and endpoints that support the efficacy of pimavanserin in ADP,” he said in the company’s media release.

According to Biospace, Acadia’s company shares increased by 12 percent when the FDA published briefing documents ahead of the meeting. However, stock trading was halted on the day of the meeting.

Pimavanserin was approved by the FDA in 2016 as the first and currently, the only treatment for hallucinations and delusions associated with Parkinson’s disease psychosis.

The drug is a selective inhibitor for serotonin 5-HT2A receptors and also reverses the actions of the receptor. These receptors are thought to play an important role in neuropsychiatric disorders.

The company was previously rejected by the FDA panel in its application to repurpose the drug as an antipsychotic for treating dementia-related psychosis in 2021.

Pimavanserin is currently not approved for use in Alzheimer’s disease psychosis and the company says it is developing the drug for other neuropsychiatric conditions.