Rep. Thomas Massie (R-Ky.) is pushing for a House rules change that would require lawmakers to take at least three days after the introduction of a bill for that bill to be voted on.

Now that Republicans are expected to take the majority of the lower chamber, they will have control over the rules that the House will have to follow during the 118th Congress.

Republicans voted on a series of proposed rules changes before the Thanksgiving Recess, but some proposals, including one by the libertarian-leaning Massie, have not been voted on yet.

Under Massie’s proposal, the House would be required to take a minimum of three days to read a bill before sending it to the floor for a vote. This rule could only be overcome with the consent of two-thirds of the House, meaning that most bills would end up eligible for the rule.

Republicans and Democrats Have Broken Rules

Massie discussed the proposal in a phone interview with The Epoch Times.

“The House has some pretty good rules right now. The problem is they don’t follow them,” Massie said.

He noted that this critique is not only meant for Democrats. Republicans, Massie said, have also “cheated” on rules “all the time.”

“One of the rules that we used to have when Republicans were in charge was the three-day rule,” Massie said.

The problem, he continued, was that “we cheated on it all the time.”

He explained: “The parliamentarian said that if you introduce a bill at 11:59 p.m. on Monday, then Monday counts as one day of the three. And then Tuesday, the bill has to be viewable. And then on Wednesday, you could vote at 1 a.m. on the bill.”

Through this “cheat,” Massie said, “you can take a three day rule and turn it into a 25-hour rule. And that’s how Republicans frequently cheated on that.”

He added, “When Democrats took the majority, I was somewhat astonished because they changed the three-day rule to a 72-hour rule, which required an honest-to-goodness 72 hours from the introduction of the language of the bill before a vote could be had.”

This rule was passed in response to a much-criticized comment Pelosi made years earlier saying that Democrats “had to pass [a bill] before they could know what’s in it.”

Still, Massie said this new rule was “one of the few things they did that I can applaud.”

In a Twitter thread announcing the proposal, Massie explained his reasoning for the rule.

“I have served in Congress for ten years,” he wrote. “Regardless of which party has been in the majority, Speakers, acting through the majority comprised of their party, have always had enough sway to casually suspend the 3 day rule with only a simple majority.”

He added, “No good comes from this.”

Massie argued that his proposal would not stall quick legislative action during a crisis, as the two-thirds vote would allow the House, with bipartisan consent, to suspend the rule.

“This safeguard is for the American people,” Massie wrote. “I welcome anyone to make arguments against it.”

Massie opined that the only argument he could see against his proposal is that it’s too weak. “In reality, it should be a 1-month rule, and suspending it should be more difficult than a 2/3 vote,” he wrote.

“But,” he acknowledged, “change is hard, so I’m proposing the most modest change that is still impactful.”

Echoing his earlier comments on Twitter, Massie told The Epoch Times that his proposal, if anything, is too “modest.”

“My rule Amendment says that it would require a two-thirds majority vote of the full house rather than a simple majority of the house in order to suspend a rule,” Massie said.

The consent of two-thirds of the House, Massie contended, “should be required to suspend any rule of the house, in my opinion. Otherwise they’re not really rules.”

He noted that such rules are also followed by many legislatures at a state level.

“The other degree in which my offering is too modest is 72 hours isn’t that long when the bills are still 6,000 pages.”

Asked about the benefits of his proposal, Massie said, “I’m under no illusion that even a majority of our colleagues wouldn’t read the bills even if you gave them three months.”

However, under the proposal, Massie said, media outlets and constituents would have enough time to read the bill.

‘Publicly Unspoken Objections’ by Other Republicans

Asked about how confident he was that his proposal could go through, Massie said that some of his colleagues have “publicly unspoken objections” to it.

Specifically, Massie said that Republicans have expressed concerns to him in private that the measure would weaken their power.

“Here’s the unspoken objection that I will receive from the GOP,” Massie said. “Well, publicly unspoken. It was privately spoken to me this morning in our conference in the back room while I was getting coffee. ‘Look, we worked hard to get this majority and we don’t want to give up any power. You’re making it easier for the Democrats to gum up the works. If you require us to go to the Democrats in order to suspend this rule, they haven’t been kind to us and we shouldn’t be kind to them.’”

Massie replied to these reported objections, saying, “It’s not a defensible argument to the public that, you know, to be efficient, we have to be sloppy and not diligent.”

In view of these objections, and his long experience in Washington, Massie joked, “10 years [in D.C.] have grounded me down and I’m not confident about anything, really, that’s good.”

Still, Massie predicted that if the measure were brought to the floor in a standalone vote, it would be able to pass with bipartisan support. He said he thinks every Democrat would vote for it.

“Not all of them for pure reasons,” he added, arguing that many would vote for it simply because it would restrict Republicans’ power.

Massie said it’s unlikely he’ll get a standalone vote on the House floor, but he might succeed in a Republican conference meeting.

If the majority of the GOP caucus voted in favor of the rule, it would be set to head to the floor as part of the final GOP House rules package.

Passing the package will be the second order of business for the House in the 118th Congress after they choose a speaker of the House. 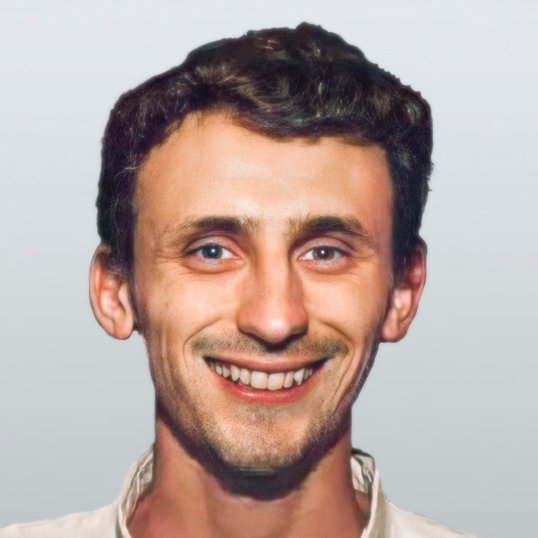