As several blue states in the United States consider adopting “ranked choice voting” in their jurisdictions, it is opportune to examine the experience of other countries that use a similar system, notably Australia.

Preferential voting—as we call it Down Under—has been part of the Australian electoral landscape for many years. Unsurprisingly it has its supporters and detractors.

But the first question is what is the best way to run a democracy? Is it the “first past the post” system, or compulsory preferential voting? Which delivers the fairest results?

For a democracy to be truly representative and function with the trust of the people it needs to be run fairly.

There are many different ways for a democracy to express the will of the people. Yet how the electoral system is designed can often impact the result.

In a first-past-the-post system, the candidate with the highest tally of votes wins. However, in a tight electoral race a “spoiler candidate” could enter and siphon votes away leaving a less popular candidate with victory.

However, in a preferential system, the conservatives could exchange preferences with one another ensuring that a conservative candidate wins. One suspects that is more reflective of the wish of the electorate.

But then again, is it reasonable for a candidate that receives the second-lowest number of votes in a field of seven to end up winning due to preference flows?

This can happen where the candidate receiving the lowest number of votes directs his preferences to the second lowest vote recipient which then allows him to overtake his nearest rival and so on until he ultimately ends up the winner.

Meanwhile, some systems mandate that the voter allocate their preference, while some give the voter the choice to opt in or out of allocating preferences.

The system can further be gamed by creating new parties with interesting catchy names or asking the voter to follow a How-to-Vote flyer designed to influence preference flows.

Imagine a party calling itself the “Teach Joe Biden a Lesson Party” which then also suggests allocating preferences to a Democrat candidate.

What About A Proportional System?

What about a proportional system where political candidates need to a quota of votes to be elected?

In the Australian Senate—loosely modelled on the U.S. Senate—each state can elect 12 senators with half of them facing election every three years. Australian senators have six-year terms.

Therefore, to be elected a candidate needs one-seventh of their state or territory’s voters.

This is supposed to give minorities a voice in Parliament providing a greater sense of participation and less exclusion. Seems fair enough?

But what happens if a minority can start determining the direction of policies against the wish of the people overall because they are able to “blackmail” the government of the day?

Then the minority doesn’t only have a voice, but a deciding voice on matters when they clearly do not have the full public’s support.

Compulsory voting is another variant albeit not common—case in point, Australia. This system creates a dynamic where major parties can effectively ignore their own constituencies because their voters must vote even if they are not motivated or do not believe any party is worthy of support.

This has been given the name “gerrymandering” after the individual who adopted such a method drew the boundaries of one electorate so that it resembled a salamander.

No system is perfect, and all are able to be gamed making genuine education on electoral systems vital to any democracy.

Most systems sensibly allow for a margin of difference but it should be kept minimal.

On the other hand, in some federal compacts, a condition of federating was the granting of equal strength for each state in the new legislature.

For example, my home state of Tasmania has 12 senators with a population under 600,000 people whereas the state of New South Wales with over 6,000,000 has the same number of senators.

Flexibility and a sense of ownership and trust by the people in the system are essential ingredients for a true democracy.

Whilst first-past-the-post has worked and been accepted by the people of the United Kingdom for some time it does seem fairer that voters be given at least the option to vote preferentially. It means the least disliked candidate is likely to succeed.

Determining the best electoral system is not easy or immediately apparent. Most have evolved and grown and adapted over the years.

Ultimately, true democracy is not mob rule nor can it continue to maintain the confidence of the people if there are elements of the system which allow certain people to objectively be seen as disenfranchised.

Democracy is a precious flower and needs to be protected. Its fragility is also its strength. It relies on the support, trust, and confidence of the people it seeks to serve.

On balance, this writer favours a preferential system of voting as being the most likely to give a voice to the most people and more accurately represent the will of the people.

Views expressed in this article are the opinions of the author and do not necessarily reflect the views of The Epoch Times. 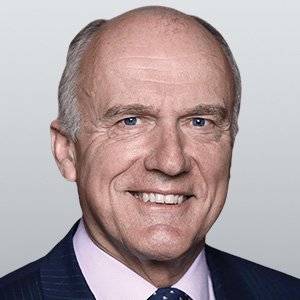 Eric Abetz is a former senate leader for the Liberal Party in Australia and was the minister responsible for the electoral laws of Australia for about six years in Prime Minister John Howard’s government.