The unanimous vote of the House select committee on the events of Jan. 6 to refer former President Donald Trump to the Department of Justice (DOJ) for criminal prosecution may have met with an enthusiastic response from the former president’s many antagonists, but it places the DOJ in the position of facing intense public pressure to bring charges without necessarily having a firm legal basis to do so, a political consultant has told The Epoch Times.

On Dec. 19, the committee handed down its judgment that the evidence it reviewed establishes the president’s culpability for four crimes: insurrection, obstruction of an official proceeding, making a false statement to the federal government, and conspiracy to defraud the federal government.

Trump has fired back verbally at the committee and maintained his innocence of the charges, issuing a statement on his Truth Social platform: “These folks don’t get it that when they come after me, the people who love freedom rally around me. It strengthens me.”

The former president also paraphrased the philosopher Friedrich Nietzsche, stating, “What doesn’t kill me makes me stronger,” before going on to insist that he played an active role in trying to anticipate and prevent violence on the date in question.

“Americans know that I pushed for 20,000 troops to prevent violence on Jan. 6, and that I went on television and told everyone to go home,” Trump wrote.

The irony of the House select committee’s decision is that, while it may be the outcome that Trump’s many foes in politics and the media may have wished for, it could put certain of them in a potentially tricky position, noted Keith Naughton, the principal of Silent Majority Strategies, a consultancy based in Germantown, Maryland.

“The criminal referral is a mixed bag for Trump. On the negative side, there may be evidence of criminal activity that helps a prosecution. On the positive side, for Trump, it increases the pressure on the DOJ by the Democrat base to prosecute Trump, which is a problem if prosecutors cannot put together a winning case,” Naughton told The Epoch Times.

Naughton said it is unlikely that prosecutors in the Justice Department will bring a case against the former president unless they are totally certain of getting a conviction. Given how high the standard is in the U.S. justice system for a criminal conviction, they may now find themselves in the difficult position of facing intense political pressure to launch a prosecution they are far from certain can succeed, Naughton pointed out.

“Democrat voters think a conviction is an open and shut case and they will be livid if the DOJ does not prosecute. The more time goes by without a prosecution, the better for Trump. He can claim it’s all a witch hunt and taunt prosecutors. Meanwhile, Democrat voters and the liberal media will get increasingly hysterical,” Naughton predicted.

The House select committee’s decision was the culmination of a proceeding closer in nature to a Soviet show trial than to a legitimate inquiry grounded in the Constitution, another expert on politics and government has told The Epoch Times.

In the view of Charles Steele, a political commentator and chair of the department of economics, business, and accounting at Hillsdale College, Trump’s assessment of the committee’s partisan nature, and its vindictive stance toward a former president for alleged violations committed while he held office, is evident from the makeup of the committee and from the manner in which it conducted its deliberations, without giving due consideration to the testimony of those who might bring a different perspective to bear.

“The committee was comprised entirely of hostile people. No defense was permitted. The committee members decided the outcome in advance, and they did so entirely for political reasons. It is obvious that the purpose of the committee is to try to block Trump from running for office again,” Steele told The Epoch Times.

Here Steele alluded to the overwhelmingly anti-Trump composition of the committee, with its Democrat chair, six Democrat members, and two Republican members, the latter including one, Rep. Liz Cheney of Wyoming, who has been an outspoken critic and foe of the former president.

The committee maintains that its criminal referrals were made based on the evidence before it. During its 10 hearings or business meetings, the committee received testimony from 86 witnesses, the majority of whom were Republicans, according to a summary of its final report released on Dec. 19. Rep. Jamie Raskin (D-Md.), a member of the Jan. 6 committee, said after Monday’s hearing that the “criminal referrals were based on the gravity of the offense, the centrality of the actors, and the evidence we had available to us.”

“There were undoubtedly other people involved, but we were stymied by virtue of a lot of people refusing to come and testify, refusing to give us the information they had, or taking the Fifth Amendment. So, we chose to advance the names of people where we felt certain that there was abundant evidence that they had participated in crimes,” Raskin added.

According to Steele, what makes the proceedings and final determination of the committee all the more suspect is the highly unusual decision to pursue someone who does not currently hold any official role. The committee may have meant to send a message that what was hitherto considered out of bounds—the politically tinged prosecution of a former president not in favor with the political establishment—should be viewed as permissible and even normal.

“It is unprecedented in America that a former president would be pursued for political reasons. The January 6 committee appears to be trying to establish a precedent that politicians who challenge the administrative state will be criminally prosecuted,” Steele said.

The DOJ is not bound by the House select committee’s recommendation. In the aftermath of the committee’s decision, speculation has run high about what legal consequences, if any, are likely, with Trump’s many foes eager to see him prosecuted but a Republican majority set to call the shots in the House of Representatives in the new year.

Steele believes that given the increasing politicization of the Department of Justice, it is entirely possible that Attorney General Merrick Garland will decide to move ahead with a prosecution. Even if it does not ultimately result in jail time or other criminal penalties, it still may derail a Trump run in 2024, he said. But at the same time, the department may feel bound by longstanding protocols in a way that the House committee obviously is not.

“The DOJ might realize what an enormous step it would be to try a former president for ‘political crimes’ and be hesitant to take this step. I get the idea that some of the January 6 committee members would be happy prosecuting all of us who voted for President Trump, but criminalizing politicians and political positions would fundamentally change the American system,” Steele reflected.

The Epoch Times has reached out to the Department of Justice and the Jan. 6 committee for comment. 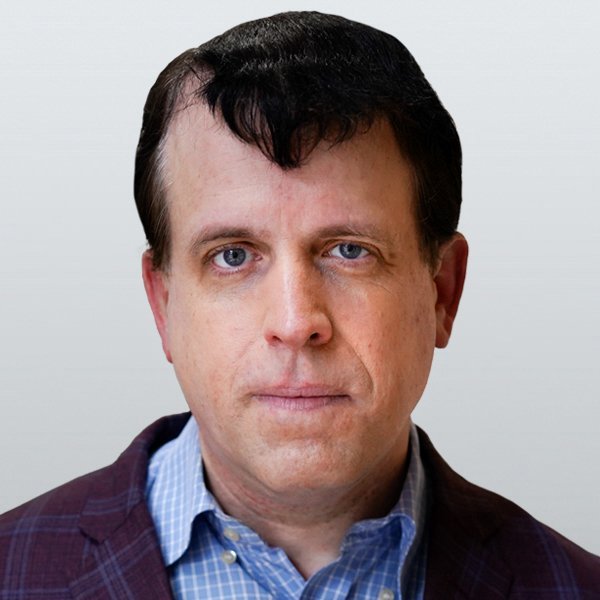 Michael Washburn is a New York-based reporter who covers U.S. and China-related topics. He has a background in legal and financial journalism, and also writes about arts and culture. Additionally, he is the host of the weekly podcast Reading the Globe. His books include “The Uprooted and Other Stories,” “When We’re Grownups,” and “Stranger, Stranger.”