Labor data might have been overcounted by as much as 1.1 million jobs earlier this year, the Federal Reserve Bank of Philadelphia revealed in a new quarterly report.

According to the regional central bank’s second-quarter “Early Benchmark Revisions of State Payroll Employment” report (pdf), researchers’ estimated employment changes that occurred between March and June were different in 33 states and the District of Columbia compared to the data published by the Bureau of Labor Statistics (BLS).

During this period, Philadelphia Fed researchers found that there were higher adjustments in four states, lower changes in 29 states and the nation’s capital, and lesser revisions in the remaining 17 states. This included a 4.1 percent drop in payroll employment in Delaware and a 1.2 percent decrease in jobs in New Jersey.

As a result, employment gains might have been overcounted by more than 1.1 million.

“In the aggregate, 10,500 net new jobs were added during the period rather than the 1,121,500 jobs estimated by the sum of the states; the U.S. CES [Current Employment Survey] estimated net growth of 1,047,000 jobs for the period,” the report stated.

This also means that payroll jobs were flat in the March-to-June span. In addition, current estimates indicate that employment growth was 2.8 percent in the four months since June.

The Philadelphia Fed explained how its calculations differ from how the BLS crunches the figures.

“The Federal Reserve Bank of Philadelphia has developed early benchmark estimates of monthly state payroll employment on a quarterly basis to predict the subsequent annual benchmark revisions by the Bureau of Labor Statistics (BLS). Our process enhances the monthly Current Employment Survey (CES) payroll employment data with the more comprehensive Quarterly Census of Employment and Wages (QCEW) payroll employment data. The CES provides a timely estimate of monthly state employment data, but the QCEW follows about five months later with a more complete picture, covering more than 95 percent of all employers. Our methodology was adapted from an approach pioneered by the Federal Reserve Bank of Dallas and modified to accommodate all 50 states and the District of Columbia,” the regional central bank noted in its methodology explainer (pdf).

Will this force the BLS to revise its figures lower in the coming months?

Critics have charged that there is something wrong with the monthly jobs report.

The BLS report is comprised of two chief surveys: establishment (businesses) and household. The former has recorded stronger-than-expected growth for most of 2022, while the latter has been roughly flat. Since March, the divergence has skyrocketed to 2.7 million workers.

The main explanation for this gap is that the BLS allows double counting. This means it will count every extra job a person possesses as another payroll. The household component does not permit this feature.

Because the number of people holding two or more jobs has risen by more than 8 percent since November 2021, to roughly 7.8 million, double counting has increased significantly over the last year.

Despite overcounting issues, federal government data in November do suggest that the U.S. labor market is slowing down. Full-time employment tumbled from October to November, part-time job growth was flat, and the Department of Labor’s diffusion index—a metric that calculates the percentage of 256 industries adding jobs—slumped to 63.5, down from 74.8 last year.

Economic observers contend that the strong labor numbers are giving the Federal Reserve enough ammunition to keep tightening monetary policy. If the economy is humming along and a total of 4.37 million jobs have been added this year, the central bank would have zero incentive to pivot and deviate from its inflation-busting rate hikes.

It is unclear, however, if Fed Chair Jerome Powell and other Federal Open Market Committee (FOMC) members are strictly monitoring the BLS data or watching the plethora of other employment metrics.

That said, market experts expect a combination of a slowing economy and labor market next year as the central bank’s rate hikes travel their way through the system. Recession talk has also heightened, especially following the weak November economic data, from retail sales to manufacturing, released on Thursday.

According to a November survey by the National Association of Business Economics (NABE), economists project average monthly job growth to be just 76,000 in 2023, down from 392,000 this year.

“NABE survey participants continue to downgrade expectations for the U.S. economy, with projections of slower economic growth, higher inflation, and a weaker labor market,” NABE President Julia Coronado said in a statement. “A majority of respondents believes there is more than a 50% probability that a recession will occur in 2023.”

The Fed’s Survey of Economic Projections (SEP) shows officials anticipating unemployment rates of 4.6 percent in 2023 and 2024 and 4.5 percent in 2025. 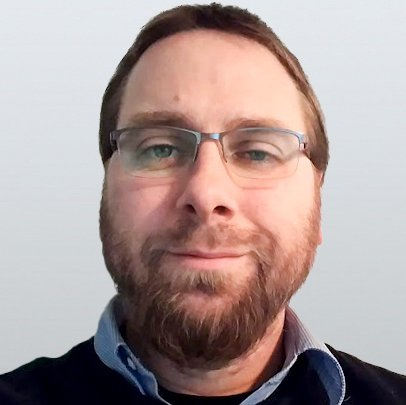 Andrew Moran has been writing about business, economics, and finance for more than a decade. He is the author of “The War on Cash.”