While professional basketball player Brittney Griner was freed from prison and is expected to return to American soil on Dec. 9, U.S. Marine veteran Paul Whelan remains behind bars in Russia on espionage charges that he and the U.S. government say are false.

Griner, 32, was serving a nine-year prison sentence after pleading guilty to bringing cannabis products through Russian customs in February.

She was released in a prisoner swap for 55-year-old Viktor Bout, who was in the midst of a 25-year sentence for selling millions of dollars worth of weapons to a designated foreign terrorist group, prosecutors said before his conviction in 2011.

“As the evidence at trial showed, Viktor Bout was ready to sell a weapons arsenal that would be the envy of some small countries,” Preet Bharara, the then-U.S. Attorney for the Southern District of New York, said in a statement at the time. “He aimed to sell those weapons to terrorists for the purpose of killing Americans. With today’s swift verdict, justice has been done and a very dangerous man will be behind bars.”

Whelan was arrested on espionage charges during what he has said was a vacation to Moscow in December 2018. He was convicted and sentenced to 16 years in a maximum-security facility in 2020.

Held as a ‘Hostage’

In a phone call to a news outlet after Griner’s release, Whelan pleaded for the White House to “do everything they could get to me home” and said he was being held as a “hostage.”

“I am greatly disappointed that more has not been done to secure my release, especially as the four-year anniversary of my arrest is coming up,” Whelan said in the phone call. “I was arrested for a crime that never occurred. I don’t understand why I’m still sitting here.

“I would say that if a message could go to President [Joe] Biden, that this is a precarious situation that needs to be resolved quickly,” Whelan said. “My bags are packed. I’m ready to go home. I just need an airplane to come and get me. It’s quite obvious that I’m being held hostage.”

Griner and Bout walked past each other to reach their respective parties on the Abu Dhabi airport tarmac, according to Russian state media reports.

Griner, who remains under contract for the WNBA’s Phoenix Mercury, told the Arizona Republican in 2020 that the national anthem should not be played before WNBA games and that she would not be on the floor if it was.

While traveling to Russia to play in the WNBA’s off-season, she was arrested on charges that she transported vape cartridges containing a small amount of cannabis into the country.

In September, Griner was sentenced to nine years in prison. Her appeal was denied on Oct. 25. She was recently relocated to a penal colony in Mordovia, a remote location about 210 miles east of Moscow.

Paul Whelan’s brother, David Whelan, said in a statement to news outlets that government officials told the family on Dec. 7 that he would not be freed.

“That early warning meant that our family has been able to mentally prepare for what is now a public disappointment for us. And a catastrophe for Paul,” David Whelan said.

In a separate statement, David Whelan said that the family is “glad that Brittney Griner is on her way home” but expressed disappointment that Whelan remains detained on charges that he says are baseless.

“Despite the possibility that there might be an exchange without Paul, our family is still devastated,” David Whelan said. “I can’t even fathom how Paul will feel when he learns. Paul has worked so hard to survive nearly four years of this injustice.

“His hopes had soared with the knowledge that the U.S. government was taking concrete steps for once towards his release,” David Whelan added. “He’d been worrying about where he’d live when he got back to the U.S.

“As the use of wrongful detentions and hostage diplomacy continues around the globe, it’s clear the U.S. government needs to be more assertive,” he continued. “If bad actors like Russia are going to grab innocent Americans, the U.S. needs a swifter, more direct response, and to be prepared in advance.”

‘We Are Not Giving Up’

Biden addressed reporters after Griner’s release and said that “Russia is treating Paul’s case differently from Brittney’s. And while we have not yet succeeded in securing Paul’s release, we are not giving up. We will never give up.”

Regarding Griner, Biden said, “Moments ago, standing together with her wife, Cherelle, in the Oval Office, I spoke with Brittney Griner. She’s safe. She’s on a plane. She’s on her way home.

“After months of being unjustly detained in Russia, held under intolerable circumstances, Brittney will soon be back in the arms of her loved ones, and she should have been there all along,” Biden added “This is a day we’ve worked toward for a long time.  We never stopped pushing for her release.”

After describing Griner as “an incomparable athlete” and “a two-time Olympic Gold medalist for Team USA,” Biden said she “represents the best America—the best about America—just across the board, everything about her.

“She wrote to me back in July.  She didn’t ask for special treatment, even though we’ve been working on her release from day one,” Biden said, adding that Griner asked, “Please don’t forget about me and the other American detainees.  Please do all you can to bring us home.”

‘Not a Choice of Which American’

Biden noted that “we’ve not forgotten about Paul Whelan, who has been unjustly detained in Russia for years” and that “this was not a choice of which American to bring home.”

In a briefing hours after Biden’s remarks, Press Secretary Karine Jean-Pierre told reporters that Russian authorities “were not willing to negotiate in good faith at this time” for Whelan.

“Unfortunately, the choice became to either bring Brittney home, or no one,” Jean-Pierre said, adding that Biden “will never stop working to secure” Whelan’s release.

“Where is U.S. Marine Paul Whelan, who has been unjustly held by Russia for far longer? Celebrities over veterans?” Rep. Mike Waltz (R-Fla.) asked.

House Minority Leader Kevin McCarthy (R-Calif.) said, “This is a gift to Vladimir Putin, and it endangers American lives. Leaving Paul Whelan behind for this is unconscionable.”

In April, U.S. citizen and Marine veteran Trevor Reed was released in a prisoner swap for Russian pilot Konstantin Yaroshenko.

Reed was arrested at a Moscow hotel in December 2018 on espionage charges, which he has vehemently denied.

Pennsylvania resident Marc Fogel, who was arrested at a Moscow hotel in August 2021 with medical marijuana in his luggage, is serving a 14-year sentence.

Fogel was in Moscow on a teaching assignment and reportedly used medical marijuana after spinal surgery.

The U.S. State Department asked Russia to release Fogel for humanitarian reasons. Before that request, a group of nine bipartisan senators urged Secretary of State Antony Blinken to designate Fogel as “wrongfully detained.”

Pennsylvania lawmakers also spoke out in support of Fogel’s release.

“I will continue to relentlessly advocate for Pittsburgh native Marc Fogel’s release and for the state department to classify him as wrongfully detained, something they have failed to do since his detainment in August 2021,” Rep. Guy Reschenthaler (R-Pa.) said in a statement.

Rep. Mike Kelly (R-Pa.) said that Fogel is “serving 14 years for possessing 17 grams, or just over half an ounce, of medical marijuana. That is egregious, even under Russia’s current laws.” 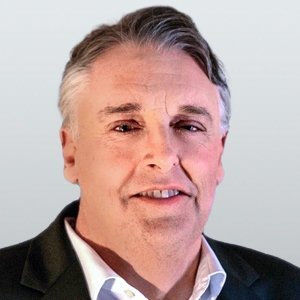 Jeff Louderback covers the White House for The Epoch Times.