Mississippi could become the nation’s 10th state to eliminate its personal income tax, with Republican Gov. Tate Reeves and House Speaker Philip Gunn (R-Clinton) backing differing plans to do away with the levy when lawmakers convene their 2023 session on Jan. 3.

Such measures are not unusual in state houses but are usually symbolic bills lodged by fiscal conservatives who argue taxing individual incomes to fund state—and in some cases, local— governments is counter-productive, especially with an array of alternate assessments available to replace “lost” revenues generated by personal income taxes.

But as legislatures enter their third sessions since the 2020 pandemic pumped trillions in federal recovery and stimulus assistance into state and local government coffers, and with tax revenues rebounding far faster than anticipated, many state budgets are touting temporary surpluses.

Some governors and lawmakers say these surpluses should be funneled back to taxpayers. During 2022 sessions, Washington, D.C.-based Tax Foundation reports more than half the states approved personal tax rebates, 38 trimmed assorted taxes, and at least 11 debated phasing out personal income levies altogether.

As state leaders assemble 2023 budget projections, the same issues are on the front burner, with revenue surpluses prodding lawmakers to push for another round of tax cuts despite acknowledging the largesse is temporary and amid calls for prudence in the face of a potential recession, that some economists say the nation is already experiencing.

In 2022, Mississippi lawmakers adopted the largest tax cut in state history, a phased $525 million cut beginning this year before implementing a flat 4-percent income tax by 2026.

In doing so, Mississippi became the 10th state to adopt a flat tax, meaning the same tax rate is assessed for all earners regardless of income. Flat tax proposals are also a trend in state legislatures.

Mississippi lawmakers will have $3.9 billion in surplus “unencumbered money” when they convene their 2023 session, with about a third of that emanating from recurring tax revenues.

Gov. Reeves has vowed to lobby for the full elimination of the state’s income tax in the coming year, telling the Mississippi Economic Council in October that the state is in the best fiscal and financial shape in its history, collecting billions in “excess revenue” that would allow it to eliminate the income tax without cutting expenditures.

Lawmakers have discussed eliminating the income tax during their last two sessions but, in 2022, settled on the phased $525 million cut over the next four years.

While Reeves and Gunn share the same goal, their proposed paths in replacing “lost” income tax revenues vary and are opposed by Republican Lt. Gov. Delbert Hosemann and GOP Senate leaders, who prefer giving taxpayers one-time rebates from the surplus.

How these proposals play out will be among the top issues debated between January and April in Jackson. Other states will also deliberate similar initiatives.

Where Eliminating Personal Income Tax is on Tap

—West Virginia: In 2022, the House passed House Bill 4007, which would have implemented a 10-percent cut to each of the state’s personal income tax brackets as a precursor to whittling the levy away altogether.

The Senate rejected HB 4007 and instead placed a ballot measure before voters that would have accorded lawmakers the capacity to eliminate six categories of tangible personal property taxes, including levies on machinery and equipment, inventory, and motor vehicles.

The measure, Amendment 2, was opposed by Republican Gov. Jim Justice, who has called for eliminating the state’s personal income tax since 2020 and was shot down by voters in November.

Del. Amy Summers (R-Flemington), one of HB 4007’s sponsors, told The Epoch Times, “Yes, there absolutely is interest” in the House in proposing a similar bill in 2023.

“We’re hoping to make a good stab at that—a minimum of 10 percent up to 30 percent. The governor will support that,” she said, noting the slash would “draw business and population to the state.”

As of mid-December, no formal proposal had surfaced at the House. “The next step will be to see what the Senate does,” Summers said, noting Senate leaders have “a different idea” centered on “trying to do workarounds. We’re not sure if we’re interested in workarounds” or targeted slashes.

“You will see a bill the first week,” she said,

Del John Paul Hott (R-Petersburg), also an HB 4007 co-sponsor, told The Epoch Times he was unsure what would happen in 2023.

“We’ll have to wait and see what they (the Senate) move forward with. I have always openly supported a cut in personal income tax,” he said, noting there are “really good ideas” being bantered about for 2023.

Like Summers, Hott said the ultimate goal is to “continue to position West Virginia to compete with neighboring states” and be in “a competitive position with job opportunities and low taxes to allow workers to keep more of what they earn.”

That’s more possible now than ever before, he said, “We have a surplus here in West Virginia of $1 billion—that’s billion with a ‘b,’” he said.

—Georgia: In April, Republican Gov. Brian Kemp signed HB 1437 into law. The bill replaces Georgia’s income tax brackets with a 5.25 percent flat-rate income tax that will be shaved back to 4.99 percent by 2029.

Georgia’s top income tax rate was 5.75 percent, which applied to earned income over $7,000 for a single person or more than $10,000 for a married couple or single person with dependents.

Some lawmakers during the 2022 session lobbied to cut personal income taxes further, with several Republicans in both chambers proposing to eliminate the levy altogether.

Miller lost his campaign for Georgia secretary of state in November, so he is no longer in the Senate, while Jones was elected lieutenant governor which, under Georgia’s Constitution, makes him Senate President.

House Ways & Means Committee Chair Rep. Shaw Blackmon (R-Bonaire) said he was uncertain how the legislature would proceed in 2023, noting committee assignments—including his leadership of the key House panel—won’t be confirmed until lawmakers convene on Jan. 9.

He is certain taxes, in general, will again be among issues addressed by state lawmakers in 2023 but was hesitant to speculate on specifics until the session convenes.

“I think, generally, our goals would be continue to find ways to relieve the burden on taxpayers,” Blackmon told The Epoch Times.

—Wisconsin: In 2022, Sen. Roger Roth (R-Appleton) introduced a bill that would eliminate Wisconsin’s income tax, which is the nation’s oldest—first levied in 1912—when tax collections exceed expenditures.

Roth’s bill would have reduced the state’s individual income tax rates by $1.7 billion for the 2022 tax year based on excess revenue in state coffers. The initiative was shelved until the 2023 legislative session after the Republican-controlled legislature rejected Democratic Gov. Tony Evers’ proposal to dedicate the surplus to education and cut a one-time $150 check for every state resident.

“Wisconsin Republicans have prioritized cutting taxes for over a decade, resulting in over $21 billion of savings for Wisconsinites,” he said. “The budget surplus is another opportunity to implement tax reform in our state, and we will be looking at a variety of options to reduce the tax burden on hardworking taxpayers.”

—Arkansas: Republican Gov. Asa Hutchinson signed a bill in August 2022 that trimmed the state’s income tax rate to 4.9 percent, the lowest in state history, but eliminating it altogether was among initiatives incoming Republican Gov. Sara Huckabee Sanders campaigned on in winning her election in November.

“We are definitely on board and supportive of that idea,” he told The Epoch Times. “There is a lot of legislative interest” in doing so in 2023.

Horton said support for income tax reductions, if not elimination, has become “a litmus test over the last couple of election cycles. There is a lot of consensus that this is something that needs to happen. There is less consensus in how to get there.”

He said Opportunity Arkansas would release a plan in “how to get there” before state lawmakers convene Jan. 9 in Little Rock. The proposal will be prudent and ensure the state can pay its bills.

“We don’t want to end up being compared to the dog who chases the car and gets ahold of the wheel and it’s ‘what do we do now?’” he said.

Eliminating the income tax “is a really simple path. It’s not necessarily easy, but simple,” Horton said. “When you look at the state and federal money in the budget—a little over $32 billion a year—the state income tax only, and I say only in context of government spending, brings in $2.5 billion, less than 10 percent of what the state government spends. You start digging into the details, into where we spent money, where we get money” and doing away with the income tax is feasible.

One component of the state’s tax structure that should be examined by lawmakers is “special carveouts and exemptions for different groups and corporations—the state gives away about $1.2 billion a year” in exemptions, he said, adding, “Those figures are a few years old. Probably $2 billion now.”

Examples include not assessing sales taxes for the sale of chicks and newspapers. “That’s because somewhere in the past, (lawmakers decided) we shouldn’t tax the sale of baby chickens,” Horton said, saying the exemptions provide lawmakers with a “process of picking who pays and who doesn’t. We could almost pay for the entire state income tax just by getting rid of all state sales tax exemptions.”

By mid-December, no personal income tax bills had been pre-filed “that I have seen,” he said. “There are a lot of tax bills floating around,” however, that propose slashing other taxes, such as property taxes and sales taxes on groceries.

“In the next couple of months, you’ll hear a lot of chatter. We are going to release our plan before the legislature convenes,” Horton said, noting there are “different camps and different schools of thought.”

Rep. Aaron Pilkington (R-Knoxville), who serves on the Legislative Joint Auditing Committee, said initiatives to “lower the tax burden” will be a featured topic in the 2023 session.

“We have a plan to phase out the income tax in Arkansas over the next 10 years,” Pilkington told The Epoch Times. “We are going to accelerate that,” with Saunders assuming the governorship in January.

—Colorado: Colorado voters in November approved Proposition 121, which trims the state’s flat income tax from 4.55 percent to 4.4 percent. The state’s income tax rate has gradually declined since the late 1980s when it was 5 percent.

Independence Institute Fiscal Policy Center Director Ben Murrey told The Epoch Times that he doubts there will be any viable proposals to eliminate the state’s income tax in 2023.

“We won’t be doing something like that this year” during the legislative session, and a ballot measure proposing such is unlikely for at least two years. “There could be a citizen initiative filed regarding the real estate transfer tax. I don’t know if that is going to go anywhere,” he said.

The Path 2 Zero plan would “eliminate the income tax entirely over time. Last year, a Republican bill that essentially adopted that plan,” but it went nowhere and is unlikely to find traction until 2024 or beyond after November’s elections.

“Democrats won everything that they could win” in the midterms, Murrey said. “Any (state legislature race) that was competitive, they won. They are one seat away from a supermajority in both chambers. The ‘red wave’ certainly didn’t materialize in Colorado, but we have a governor who supports eliminating the income tax based on his rhetoric. He could make an interesting ally for us” in the coming years. 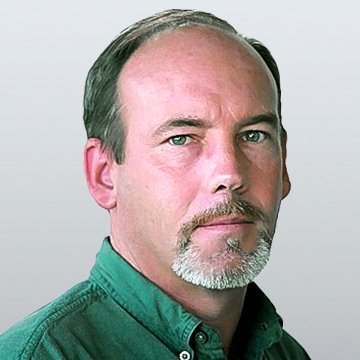 John Haughey has been a working journalist since 1978 with an extensive background in local government, state legislatures, and growth and development. A graduate of the University of Wyoming, he is a Navy veteran who fought fires at sea during three deployments aboard USS Constellation. He’s been a reporter for daily newspapers in California, Washington, Wyoming, New York, and Florida; a staff writer for Manhattan-based business trade publications.