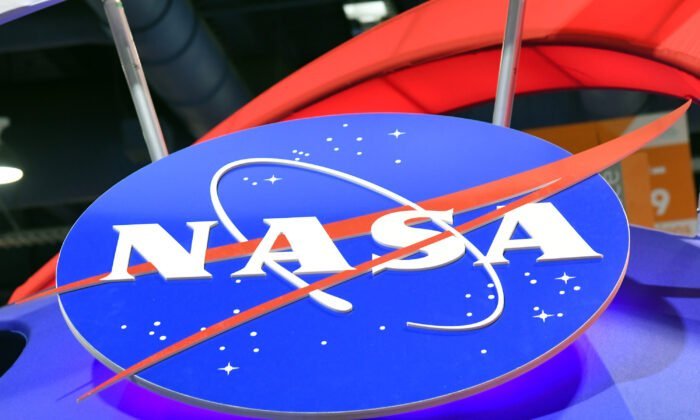 The NASA logo is displayed at the agency’s booth at the Las Vegas Convention Center in Las Vegas, Nev., on Jan. 11, 2018. (Ethan Miller/Getty Images)

NASA inducted three veteran astronauts into the U.S. Astronaut Hall of Fame at a ceremony Saturday at the Kennedy Space Cpmplex in Cape Canaveral.

The prestigious award went to astronauts David Leestma, Sandra Magnus and Chris Ferguson “for their outstanding accomplishments in furthering NASA’s mission of exploration and discovery,” the space agency said.

Their induction brings the total number of astronauts in the Hall of Fame to 105.

The award was launched in 1990 and since 2016 inductees have been showcased at the Heroes and Legends attraction at the Kennedy Space Center Visitor Complex.