The state of Ohio told the Supreme Court on Jan. 9 that a federal labor relations law does not apply to the labor practices of state militias.

The issue before the high court was whether the federal Civil Service Reform Act of 1978, which gives the Federal Labor Relations Authority (FLRA) power to govern the labor practices of federal agencies, regulates the labor practices used by state militias.

The case arose after labor negotiations between the Ohio National Guard and the American Federation of Government Employees broke down. There had been a collective bargaining agreement covering the Guard’s technicians in 2011 but when the pact ran out in 2014 the two sides could not reach a new agreement, according to a Courthouse News Service summary.

The Guard nonetheless moved forward under the 2011 terms but in 2019 changed its policy and decided not to follow the lapsed agreement. The Guard also stopped deducting union dues from its technicians’ paychecks. The union cried foul.

The Ohio adjutant general asked an administrative law judge to look at the case and the judge found that the Guard had treated employees unfairly, ordering the entity to follow the provisions of the 2011 agreement. The FLRA agreed with the judge.

Ohio Solicitor Benjamin Flowers told the justices during oral arguments that a lower court got the case wrong.

“The Sixth Circuit and the Federal Labor Relations Authority held that Adjutants General and state guards, when they employ technicians, are federal agencies to which the Authority may issue orders,” he said.

“Surely you’re not saying we can decide whatever we want regardless of Congress’ intent,” the high court’s newest justice said.

Justice Sonia Sotomayor suggested national security could be at stake in the case.

“Military matters are left to the executive [branch]and we should be doing very little to interfere in that process,” she said.

“There’s always delegations from the head of agencies to subparts, but those delegees are not converted to agencies. They may be agents for a limited purpose. They may have limited authority that’s delegated from the top. But they’re not converted to an agency. And I think that’s the leap that I’m having some difficulty with.”

“Ultimately, this is a policy disagreement that Ohio can take to Congress, but Congress, as it stands today, understood the matter to be settled. They understood Adjutant General[s] and the state National Guards to be covered,” he said, referencing a previous court precedent.

The Supreme Court is expected to issue its decision in the case by June. 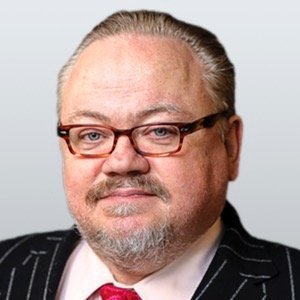