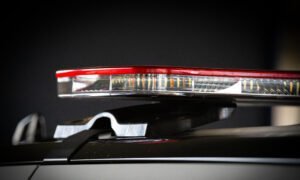 During the June 12 event, residents could bring their vehicles to Buena Park, Calif. to have their catalytic converters etched with their license plate numbers, connecting the converters to the vehicles in the event of a theft.

The initiative came after police locally and nationally reported a rise in stolen catalytic converters. The crime trend is due to the precious metals that are inside the parts, such as rhodium, palladium, and platinum, with rhodium being sold for up to $25,000 per ounce.

“It’s devastating to people who are the victim of it because they can’t drive their car after the catalytic converter is stolen,” OCDA spokesperson Kimberly Edds told The Epoch Times. “And then because so many are being stolen right now, there’s a huge backlog in even ordering the replacement parts for these vehicles. So people are reporting that their vehicles are out of commission for weeks or up to a month at a time, which compounds the issue.”

During the Buena Park event, license plate numbers were engraved into 435 converters; an additional 200 cars underwent the procedure at a previous Huntington Beach event.

Catalytic convertor thefts have been steadily increasing nationally since 2018, according to the National Insurance Crime Bureau (NCIB), and California is one of the top five states where it is occurring. In 2019 the number of converters stolen in Orange County was 314; in 2020 that number jumped to 1,600, Edds said.

When converters are stolen, they can be sold to recyclers for $50 to $250, yet the replacement will cost car owners significantly more. Owners can expect to pay between $700 to $1,500 for a replacement part, with labor bringing the bill to between $3,000 and $4,000, Edds said.

“Because a felony now has to be a value of $950 or more, it creates a lot of prosecution issues,” Edds said. “Plus, it’s hard to tie that part to a particular vehicle without a marking, that’s why we’re doing the etching, because we have to be able to prove that it in fact was your catalytic converter.”

Other than getting the converter etched, authorities encourage car owners to park in a garage at night, and if that is not possible, to park under a street light.