Parents from the Tredyffrin–Easttown School District (TESD) in Chester County, Pennsylvania, have been granted public access to critical race theory (CRT) training materials through an embattled Right-to-Know request process that was resolved in court.

The training was prepared by California-based Pacific Educational Group (PEG). It aims to change the school’s culture, or “transform systemic racial equity,” which it calls “the most devastating factor contributing to the diminished capacity of all children, especially black children, to achieve at the highest levels.”

The school district’s attorney, Brian R. Elias, carefully worded his characterization of critical race theory in relation to TESD during a conversation with The Epoch Times, making a point to specify that CRT is not part of the curriculum.

“The school district does not teach CRT. It is not in this curriculum. CRT appears in third party training materials that are used as part of the school district’s equity initiative,” Elias told The Epoch Times. “I do not know that teachers are being trained with those materials. Part of the training for the equity initiative includes that term. It has nothing to do with teaching children.”

The newly accessed documents include emails and training materials that use the phrase “critical race theory” frequently. One lesson, seminar No. 2, is entitled, “Using Critical Race Theory to Transform Leadership and District.”

In teaching “what it means to be white,” the training seems to suggest white people do not face struggles.

PEG explains that white people are typically Christian, with a husband as breadwinner and a wife as homemaker who is subordinate to the husband. PEG’s training explains that whites believe children should have their own rooms and be independent. Whites use “the King’s English,” and don’t show emotion. They respect authority, must always “do something” about a situation, and define themselves by their jobs. When it comes to beauty, white women should be thin and blonde like a Barbie doll and men can look like anything, if they are rich and powerful. Whites are steak-and-potatoes, bland-is-best people.

That is from just one of the 166 pages parents are now seeing.

The training does not have a similar listing of characteristics for other races. Instead, it describes nonwhite races as downtrodden and disadvantaged by the persistence of racism and bigotry in the general culture, and it blames schools.

“Those who discriminate and those who tolerate discrimination are graduates of our schools,” part of a lesson teaches. “Public education has successfully shifted the blame for the failure of schools to meet the needs of minorities onto the shoulders of the clients they purport to serve. They have pulled off the perfect crime, where they can never be truly held accountable, since the reasons for failure in school are said to be the fault of poor homes, cultural handicaps, linguistic deficiencies, and deprived neighborhoods. The fact that schools are geared primarily to serve monolingual, white, middle class, and Anglo citizens is never questioned.”

PEG, also known as Courageous Conversations, did not respond to a request for comment for this story.

TESD began a partnership in 2018 with PEG “to enhance the policies and practices around racial equity,” the district explains on its website.

In 2020, when students were receiving in-home instruction during the pandemic, parents started seeing things they were not comfortable with, said Rachael Kill, a mother of two elementary students, in an interview with The Epoch Times.

“There was a group of parents, a lot of parents actually, who were asking about it at school board meetings and saying, OK, this Pacific Educational Group that’s a vendor, we’ve added it up and it looks like close to $400,000 that we’ve spent on, and as a district, what is this? Because we looked at the Pacific Educational Group online, and they’re just mainly aligned with critical race theory,” Kill said. “We kept getting shut down and, ‘Oh, no. There’s no critical race theory.’ I was even called a conspiracy theorist a few times, and racist many times over.”

Kill ran for school board during this time but was not elected.

Numerous parents made Right-to-Know requests asking to see the material PEG was using.

Despite a year-long battle for access to the taxpayer-funded material, Elias says the public has always had access to the documents.

But TESD contradicts that assertion in a question and answer explainer on its own website as recently as June 14, 2022, that updates the public on its racial equity initiative.

Question: “Can I see a copy of the materials PEG uses in these professional development training sessions?”

Answer: “No. Like many training programs for teachers and other professionals such as lawyers, accountants, and entrepreneurs, the materials developed by PEG to facilitate these professional training sessions are proprietary and are not supposed to be publicly disseminated by the district or by anyone who participates in the professional development sessions.”

“The school district actually acquiesced and said, ‘Well, we can’t prevent you from looking at these documents, but we can prevent you from copying them and photographing them or transcribing them in any way or, or having physical copies of them,’” Wally Zimolong, a Delaware County attorney told The Epoch Times. Zimolong is co-counsel with Nicholas Barry, an attorney with America First Legal, a legal services nonprofit interested in constitutional matters.

It became a constitutional matter when parent Ben Auslander went to see the documents at the school and was placed in a room with two school district representatives.

“He started to take voice memos of what he was looking at and the school district had a complete meltdown and started to make all sorts of threats to him and said ‘You’re violating the Copyright Act, you can’t do this. If you continue to do this, we’re going to stop this this review and escort you out of the building,’” Zimolong said. “My client would not be swayed. And he continued to record the sound of his own voice, his mental impressions of the documents. Keep in mind he wasn’t taking photographs of these documents, although he had a First Amendment right to do that. They just didn’t want him to even record his verbal thoughts at what he was looking at.”

The district representatives called the school solicitor, threatened to call the police, and told Auslander to leave.

“You can’t impede someone’s ability just to express their own thoughts in words. He wasn’t disrupting the school in any way. He was just recording into his phone what he was looking at. They didn’t like that,” Zimolong said. “Because they knew these documents [were] really embarrassing to them. They knew that the documents would show that they had lied to the parents for over a year, saying they weren’t teaching critical race theory.”

Zimolong and America First Legal sued for copies of the documents, which the district argued it could not share due to copyright rules. The First Amendment issue still must be resolved.

“That is an active litigation. The school district does not believe that they infringed Mr. Auslander’s First Amendment rights, and they will defend on that basis,” Elias said.

Zimolong says CRT has little to do with race.

“It’s just repackaged Marxist theory. And the critical race theorists were very clever in their approach. They use diversity, equity, and inclusion as the vehicle to introduce Marxist theory, because most people agree. I agree with diversity. I agree with inclusion. These are principles that most Americans agree with,” Zimolong said. “But when you look at what they’re teaching, it’s just Marxist teaching.”

For example, he said, property should be redistributed because of racism. That is a tenant of CRT and Marxism.

Kill says the training takes society in the wrong direction.

“It talks about how to discuss whiteness and divide people based on the color of their skin before knowing anything about them, which as a parent, terrifies me,” she said. “I think it is taking an enormous step back in our society, that really wasn’t racist to begin with.” 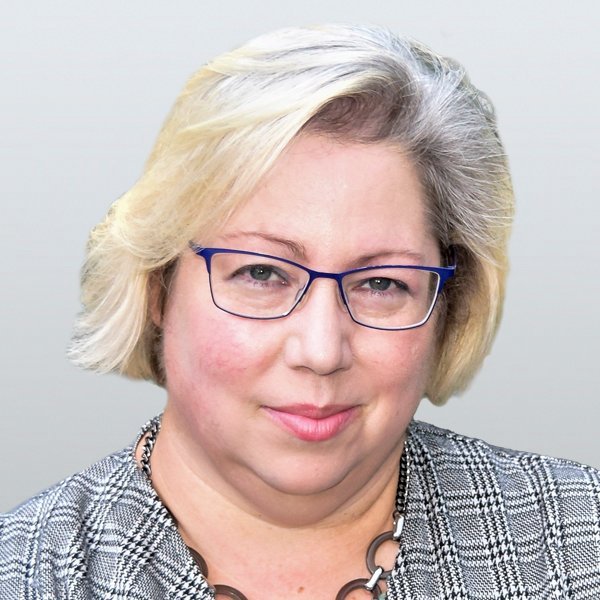