Parents protested Jan. 11 outside a California high school that invited 12-year-old students to a talk hosted by a parent group featuring Rachel Pepper, co-author of “The Transgender Child.”

More than a dozen protesters stood huddled under umbrellas near Davis High School and later the Davis Joint Unified School District (DJUSD) offices in the heavy afternoon rain and held signs displaying “Gender ideology is anti-science,” “Democrats against experimenting on kids,” and “Loving parents don’t support gender ideology,” among others.

Allie Snyder, whose sons attend school in the district, told The Epoch Times that she participated in the protest because she disagrees with the message DHUSD is sending to middle school children about gender theory.

A few weeks ago, when the school and transgender activists learned of the protest, Pepper’s planned in-person talk—which invited students as young as 12 accompanied by a “trusted adult” to attend—was changed to a virtual appearance in a pre-recorded video posted to YouTube.

“I’m concerned that our school district is indoctrinating our children with a belief system that tells them that it’s possible to be born in the wrong body, and that leads to irreversible harm from medicalization and also psychological abuse,” Snyder said.

On the first day of school, multiple teachers asked Snyder’s 10- and 12-year-old boys for their preferred pronouns, she said.

“While that’s not a district policy, there is no policy against it, so a lot of the teachers in our town are doing that,” Snyder said.

Our Duty, California, a group that opposes transgender ideology and medical interventions such as puberty blockers, cross-sex hormones, and gender transition surgeries for minor children and adults under 25-years old, led the protest. Our Duty also opposed legislation promoting “gender-affirming care,” including Senate Bill 107 which made California a trans sanctuary state on Jan. 1.

The group claims that Pepper’s message undermines parental rights, puts children at risk of sexual predation and “grooming,” and presents gender ideology as fact “despite the lack of any scientific basis” to back up this assertion.

“Gender ideology promotes the idea of a gendered soul that only the individual can know, alienation from family members that do not accept the ideology, and an extreme and irreversible medical protocol that includes experimental medicine and surgeries. This anti-science ideology is closer to a religion or a cult and has no place in public schools,” Our Duty stated in a handout it plans to send to the DJUSD school board.

The group contends gender confusion or gender dysphoria can result from trauma and is associated with other mental health issues, including autism. The group cited evidence of the growing number of “desisters,” who have stopped transitioning their gender and “detransitioners” who have reversed it. A subgroup on Reddit currently has about 43,400 members who identify as “detrans.”

A number of detransitioners, including Chloe Cole, Daisy Strongin, Cat Cattinson, Laura Becker, Abel Garcia, and David Bacon have recently expressed deep regret over the “gender-affirming care” they received and have rejected transgender ideology, especially regarding the transitioning of minors.

“Given that the brain does not fully develop until the mid- to late-20s, and that childhood and adolescence is a time of identity development and change, any medical intervention that locks a child into any identity is irresponsible … [and] dangerous,” according to Our Duty.

Shortly after the protest, the school’s principal, Bryce Geigle, sent out an email to parents and guardians explaining the parents “gathered peacefully” to protest the virtual event featuring Pepper and her book, hosted by the parent group Davis Parent University.

He stated the school and DJUSD support people of all genders, and they are dedicated to maintaining the safety and well-being of all students and “fostering schools where all feel accepted and that they belong, especially those in groups that are targeted for hate and oppression.”

Geigle informed parents that school counselors would be available for “anyone who would like to process any aspect of the [day’s] events” the next day at the school’s wellness center.

“When there is this type of activity on a school campus it can be upsetting and cause students and staff to experience a range of emotions,” Geigle wrote in the email obtained by The Epoch Times.

Erin Friday, one of the protest organizers, told The Epoch Times the parents had moved away from the school to the public sidewalk as the bulk of students exited the building.

Pepper is a licensed marriage and family therapist and has authored other books, most notably “Transitions of the Heart: Stories of Love, Struggle and Acceptance by Mothers of Transgender Children.”

“My career as a therapist has developed in part due to a personal and professional calling to care for the LGBT community, including to provide gender affirming care for trans children, teens and their families,” she said during her virtual talk.

Pepper released the revised and updated second edition of her book, “The Transgender Child: A Handbook for Parents and Professionals Supporting Transgender and Nonbinary Children,” in June. Her co-author, Stephanie Brill, founded and chairs Gender Spectrum, a nonprofit group that was contracted by the DJUSD to train teachers and staff and provide consulting services, according to contracts obtained by The Epoch Times.

Gender Spectrum was founded in 2007, a year before Pepper and Brill published the first edition of the book. The organization also helped develop the publication, “Schools in Transition: A Guide for Supporting Transgender Students in K-12 schools,” in conjunction with the American Civil Rights Union, the National Education Association teachers union, National Center for Lesbian Rights, and the Human Rights Campaign Foundation.

The document recommends a Student Gender Support Plan “to systematically address various aspects of a transgender or “gender-expansive” student’s experiences at school.

The plan “is designed to ensure that the school, student and parents (when appropriate) are all on the same page and have shared expectations about how the specific, gender-based needs of the student will be met. The Student Gender Transition Plan focuses specifically on the process a student will use to undergo a gender transition at school,” according to the guide.

Forms included in the guide show indicate that school staff are not required to tell parents.

Our Duty describes the publication as a “radically anti-parent manual that outlines precisely how schools should lie to parents about their gender confused child.”

In her speech as in her books, Pepper advocated for “gender-affirming care” and allowing children to chart their own medical course for social and medical transition without scrutiny of their chosen gender identity by medical professionals or interference from parents.

Pepper defended the World Professional Association for Transgender Health (WPATH), stating it is “not a fringe group.” However, according to the medical journal Läkartidningen, Swedish health authorities cut ties with WPATH in December over its removal of all lower age limits for “gender-affirming” medical interventions, among other issues.

Other European countries such as Finland and the United Kingdom have also shifted away from “gender-affirming care.” Finnish health authorities rejected WPATH’s standards of care in 2020, deciding after an independent review that psychotherapy should be the first method treatment for gender dysphoria. British health authorities have also moved away from the “gender affirming” model since the release of a report criticizing London’s Tavistock gender clinic, which is set to close by the spring.

Dr. Miriam Grossman, a child-adolescent psychiatrist and author of “You’re Teaching My Child What?: A Physician Exposes the Lies of Sex Ed and How They Harm Your Child,”—among other U.S. doctors—has questioned the credibility of WPATH’s standards of care and has also characterized the organization as an activist group.

Republican-led states such as Florida, Alabama, Arizona, Idaho, Oklahoma and Texas have passed or introduced legislation to protect minors from transgender indoctrination in schools and medical interventions.

Pepper also commended The Trevor Project and its national suicide prevention hotline for LGBT youth, a group that has recently come under fire from parents over its TrevorSpace chatrooms.

She said “far-right” politicians and conservative media pose the greatest threat to “gender-affirming care” for minors, and warned that “conversion therapy” is illegal in California.

Pepper echoed the narrative that one supportive adult in a transgender teen’s life cuts their risk of suicide by 40 percent. However, the claim that children who aren’t given “gender-affirming care” are at higher risk of suicide has been disputed.

Pepper urged parents to find their own support groups, such as Gender Spectrum, to discuss their own fears, rather than burdening their transgender child with them.

“But do not ever think that withholding care or telling a teen to wait until they are 18 and of age to move forward are suitable options. If you find that you are resistant to providing congruence options for your teen—and the clock is ticking—keep coming back to love and ask yourself if you would prefer a suffering child or even a dead one to a child who could receive gender affirming care,” she said.

Pepper encouraged the use of “preferred pronouns” because, she said, you can’t tell a person’s gender identity by looking at them.

“Their perceived gender is not congruent with their inner identity. The only way you will truly know a person’s gender identity is if they tell you themselves, or perhaps they state it in their email signature, which has become more common today, but it’s certainly not a requirement in most workplaces,” she said.

“Congruence measures” such as using transgender names and preferred pronouns are “grounded in science” and endorsed by the country’s leading medical institutions, she said.

While Pepper acknowledged that “there is some regret” after gender transition, she said studies show “this is primarily due to disappointment in some aspect of surgical or medical transition, or perhaps familial or societal pressure, rather than a changed sense of self.”

She claimed that the vast majority of adult transgender people—“up to 98 percent” don’t regret any “congruence decisions” that they have made.

Throughout her speech, Pepper called for an end to discrimination against the nonbinary and transgender children.

“Affirming parents want their child to attend a school where a young person can feel safe using the bathroom, to be called the correct name during roll call, not be misgendered by peers, nor bullied in the hallways,” she said. “I hope you can listen to children and teens when they try to express who they really are. Educate yourself about what you don’t know, and take an active stance against discrimination in your communities.” 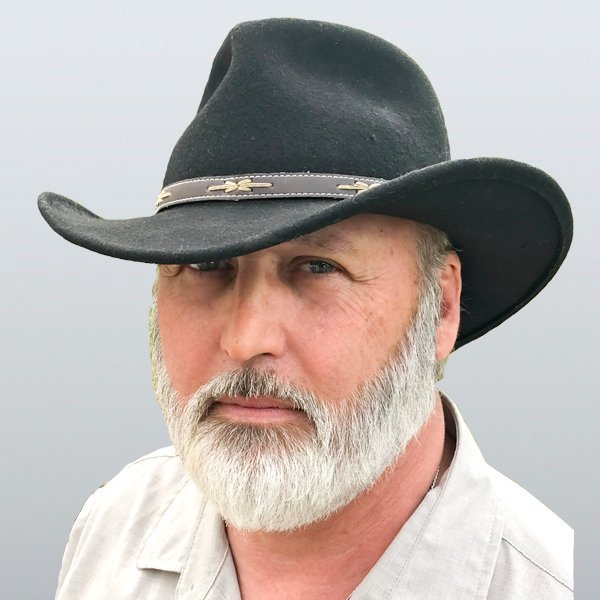