The husband of U.S. House Speaker Nancy Pelosi (D-Calif.) made his first public appearance since being attacked in October inside their California home.

Paul Pelosi, 82, attended a ceremony at the Kennedy Center for the Performing Arts in Washington, D.C., on Dec. 4.

David Rubenstein, chairman of the center’s board, introduced Speaker Pelosi and both she and her husband stood up and waved to the cheering crowd.

The screen then cut away to U.S. Supreme Court Chief Justice John Roberts, who was among those cheering.

Paul Pelosi did not speak to the crowd.

Paul Pelosi was attacked early Oct. 28 inside the Pelosi residence in San Francisco by a man who intended to kidnap his wife, according to local and federal authorities. The man, David DePape, later struck Paul Pelosi with a hammer in front of police officers who responded to a 911 call, according to charging documents.

Authorities have withheld the call itself, body camera video, surveillance footage, and other evidence.

Nancy Pelosi was in Washington at the time of the attack, according to her office and the U.S. Capitol Police.

DePape, an illegal immigrant from Canada, has pleaded not guilty to charges filed against him, including attempted murder.

Paul Pelosi underwent surgery to repair a skull fracture and address “serious injuries” to his right arm and hands, a spokesman for the speaker said shortly after the attack.

Paul Pelosi was released from the hospital on Nov. 3.

Sunday’s ceremony was to recognize the achievements of some of the nation’s artists.

It “serves for millions of American arts lovers as the year’s crowning event, paying tribute to our nation’s preeminent artists with performances by the great stars of today who have followed in their footsteps,” according to the center.

President Joe Biden, who was seated in a box near the Pelosis, delivered remarks.

He said the honorees were “truly exceptional.”

Biden later touched on U2, saying the band “has spoken and sung about the unspeakable cost of hate and anger and division—the pain, the suffering, the denial of freedom, the senseless loss of life, and the inhumanity we inflict on one another as nations, as people, and in our own lives.”

Biden quoted President Abraham Lincoln, who called before the Civil War for Americans not to see each other as enemies, adding, “we would do well to remember it today.”

“Congratulations to you and your wonderful families. And thank you for showing us the power of the arts in ‘We the People,’” Biden concluded.

DePape is being prosecuted separately by California authorities and government prosecutors.

In a status hearing at the U.S. courthouse in San Francisco on Nov. 30, federal prosecutors asked for more time to review “substantial discovery,” or evidence, in the case against the suspect, Courthouse News reported.

Prosecutors did not detail the evidence.

Laura Vartain, one of the prosecutors, said that the process should be done by the end of the year, and asked for Feb. 8 to be the next court date.

U.S. District Court Judge Jacqueline Scott Corley, the Biden appointee overseeing the case, agreed. The next event in the case is a status conference that day, according to the court docket.

Corley also asked about coordination between state and federal prosecutors. Vartain said that she has been speaking often with San Francisco authorities.

DePape is facing assault and attempted kidnapping charges on the federal level. The charges carry up to 50 years in prison. He pleaded not guilty to the charges during a hearing in mid-November.

DePape was charged with attempted murder, elder abuse, assault with a deadly weapon, and other charges by local prosecutors. DePape has also pleaded guilty to those charges. He faces up to life in prison if convicted. 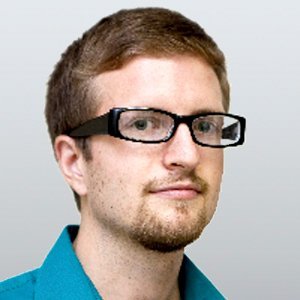