The United States and Japan have signed a memorandum of understanding to strengthen their operational collaboration on cybersecurity, according to the U.S. Department of Homeland Security (DHS).

The memorandum was signed by Japan’s Trade Minister Yasutoshi Nishimura and U.S. Secretary of Homeland Security Alejandro Mayorkas during their meeting in Washington on Friday, DHS said in a statement.

According to the DHS, the agreement will allow their agencies to enhance the security of critical infrastructure, foster more partnership opportunities, and continue sharing best practices with Indo-Pacific partners on cybersecurity.

“We will work closely to harmonize security systems between Japan and the United States for software and IoT devices, including cooperation in human resource development in the Indo-Pacific region,” Nishimura said on Twitter.

“There is an urgent need for us to establish security systems for software, internet of things, or IoT, and other new fields,” he told reporters after the meeting, Jiji Press reported.

The upgrade of the Joint Declaration on Security Cooperation, a pact first signed in 2007 when governments weren’t as concerned with the Chinese Communist Party’s rising power, was the major outcome of Japanese Prime Minister Fumio Kishida’s meeting with his Australian counterpart Anthony Albanese in Australia’s west coast city of Perth.

The declaration also refers to cooperation in “resisting economic coercion and disinformation”—threats that China is widely accused of.

Kishida said the new framework of cooperation had been developed under an “increasingly harsh strategic environment.”

“This renewed declaration … will chart the direction of our security and defense cooperation in the next 10 years,” Kishida said through an interpreter.

Japan has scrambled to improve its cybersecurity in response to the growing number of cyberattacks. In the first half of 2022, the country recorded 114 ransomware attacks on local companies, an increase of 87 percent from the previous year, Japan Times reported.

Japan’s e-Gov website, which provides administrative information, and several other ministry websites were targeted by hackers in September last year, for which a pro-Russian hacker group named “Killnet” reportedly claimed responsibility, saying that it was “revolting against Japan’s militarism.”

Japanese authorities suspect that hackers used a distributed denial-of-service (DDoS) attack to overload websites with a large amount of data and blocked users from accessing the websites. 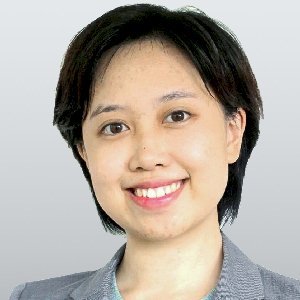 Aldgra Fredly is a freelance writer based in Malaysia, covering Asia Pacific news for The Epoch Times.