Amid the backdrop of the United States and Australia strengthening military co-operation while tensions in the Indo-Pacific ramp up, U.S. Marines are currently undertaking protection and evacuation training in Australia’s Northern Territory.

The group, part of a contingent of more than 2,000 marines based in Darwin until October, are stationed on Bathurst Island, part of the Tiwi Islands  north of Darwin, and have spent the past week training to carry out evacuation missions.

According to the Australian Broadcasting Corporation (ABC), marines are taking part in Exercise Darrandarra and are training with a replica of a U.S. Embassy.

“We can always be called upon to do it and we never know when that time’s going to happen, so we have to be prepared when the time comes,” he told the ABC.

Young marines need to be alert for days on end during the scenarios, as angry mobs threaten to breach security fences and challenge them.

“What we want to do is prod them and poke them over a couple of days and see if we can’t get under their skin,” Robinson said.

Dealing with intruders, suspicious packages thrown over the fence, and suicide bombers are some of the challenges the marines are confronted with, and the command team meets daily to come up with new ways to test them.

“And then how do you respond? We kill off their leadership or we take away comms and then they have to deal with it.”

Exercise Darrandarra is as part of the Marine Rotational Force Darwin (MRF-D), which started in 2012 and sees a contingent of U.S. marines and their equipment stationed in northern Australia during the dry season, from May to October.

Working with the Australian Defence Force (ADF) and regional partners, the MRF-D participate in a range of activities, exercises, and training.

John Coyne of the Australian Strategic Policy Institute said deploying marines in Darwin was pivotal for the United States.

“It provides the U.S. military with a forward operating base from which it can launch into the [Indo-Pacific] region,” he said. “There is clear evidence that the U.S. government is going to invest more, ensuring that supply chain defence logistics facilities are present in northern Australia and ready to support a range of contingencies.” 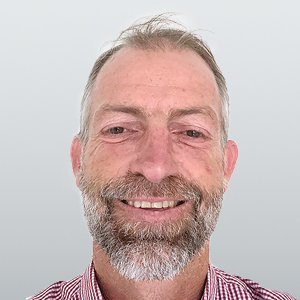 Steve is an Australian reporter based in Sydney covering sport, the arts, and politics. He is an experienced English teacher, qualified nutritionist, sports enthusiast, and amateur musician. Contact him at steve.milne@epochtimes.com.au.